Yesterday it seemed that I had so much to type today that I just couldn’t wait. Perhaps I shouldn’t have since right now nothing is coming to mind.

Two, Two, Two Fortunes In One
Double hitter day at Thai/Chi (aka Little Bangkok on Cheshire Bridge Road). My fortune cookie contained two fortunes “The best mirror is a good friend.” and “Seek advice from an octogenarian.” If you play the “Between the Sheets” with these one seems promising, the other… notsomuch.

Seriously, mirrors and octogenarians, two things I really don’t need to be around right now. 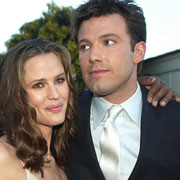 She will always be the hottest mom in the soccer mom van pool.

Meet The Hashers — Down In Flames, Part III
The Brits would say that we’ve run into a spot of trouble. Another week, another disappointing outcome. When I miss baseball questions you can guarantee that it’s going to be a bad night.

The only bright spot was when one of ‘Jason and the Democrats’ (or whatever their real team name is) came over to tell us that they show up every week just to beat us. We are the Yankees, and unfortunately for us our record of late has been just as abysmal.

It’s Tuesday You Say?
There are few interesting nuggets of new releases today. If you find yourself hugging a bong, you might be exicited to run out and get the new Dave Matthews Band release “Stand Up”. I have to admit that ‘getting’ the DMB is something that has never happened for me.

Robert Plant & The Strange Sensation have a new cd called “Mighty Rearranger”. The last Robert Plant cd I bought was “Pictures At Eleven” sometime in the late 1980s. I’ll probably not change that anytime soon.

Is this a Canadian holiday? I see that Bryan Adams has a new release called “Room Service”. Barenaked Ladies must be in the studio furiously working on their rebuttal

My pick of the day will therefore be Weezer‘s “Make Believe”. There maybe a lunchtime (or post-work) run to Ella Guru to snatch up this along with an armful of used discs. Have to keep the collection growing, you know.

And now for some ideas stolen from LiveJournal…
Current Mood – dead-ended (I know, not a real ‘mood’ but it’s how I feel)
Current Music – Sirius Satellite Radio, Channel 26 playing The Flaming Lips — “She Don’t Use Jelly”
Website Of The Day – Weezer is streaming their new album “Make Believe” (here). All the ‘cool’ kids want to hate on it. I’ve yet to get the chance to listen, so I can’t comment.

8 Responses to Seems Like I Had So Much More