No marching band, no singing of ATL’s theme song, and no frisbee dogs. Nope, you’ll get none of that here. Today is June 30th, the end of the sixth month of 2006 so I thought that I’d give a summary of the first half of this year.

This Blog: B
I’ve successfully moved from Blogger to WordPress. Not only that, I’ve managed to get most of the information from the old to the new as well. WordPress hasn’t impressed me, but I am getting by.

With the current instance of this blog I have two identity problems. First, every time I log in I am identified as InsideThePerimeter. This identity follows me into comments, where I’d rather use my alternative signature of “Paulie [eatl/ga]”. Also, while I am happy to be the owner of both the .net and .com versions of InsideThePerimeter, I wish that my only visibility was through the .com since so many more people identify with .com domains.

I will be spending portions of this weekend overhauling sections, attempting to locate useful plugins, and attempting to figure out how to add pages which display my iPod library and such.

Recorded Music: C
There haven’t been to many CD releases that have had me rushing to the store to purchase them.

While I have listened to these often there has been nothing that I am telling people “hey, you have to go out and get this!”

Live Music: B
Normally if I got to see Bob Mould perform twice in one year the concert grade would be an ‘A’. However, I’m not feeling that the grade is warranted. I have seen some great shows in addition to the two Mould shows, The Hold Steady, Se Wants Revenge, Gomez, but even with the tickets I have purchased for the second half of the year I don’t think that this year will compare to last year. In addition show cancellations and postponements have also lowered the current score.

Me (Social Life): C-
I’ve done a lot of things so this year, but have also skipped a lot of planned activities and have wasted money by doing so. In hindsight perhaps I shouldn’t have committed to so much, but a look at my future schedule shows no plans to slow down on the activity planning.

Me (Women): F
Six months, two dates, nothing on the horizon. That’s all I have to say about this topic.

Me (Weight/Health/Exercise): F
The fact that the scale still reads a weight over two hundred pounds bothers me. The fact that I can’t seem to cut down on my intake, nor can I motivate myself to exercise bothers me even more.

Me (Knowledge & Hobbies): A
The fact that I not only bought a decent camera, signed up for two classes in order to learn how to use it, and still managed to make time to go out and shoot pictures pleases me. I know that I constantly whine that I am unimpressed with my pictures, but I truly believe that it’s only a matter of time before I turn the corner (or at least learn enough Photoshop to fix my errors).

I am also happy that I have started to read technical books again and am trying to follow the reading up with tasks which require me to use the knowledge.

Me (Travel): C
This is a hard category to score since I have known for some time that the bulk of my travels would occur in the last half of ’06. On the calendar are trips to El Paso Texas, Chicago Illinois, and Durango Monarch Colorado. I’m also trying to figure out if I want to burn my remaining vacation days and a handful of money on another pre-planned vacation later in the year.

And Finally…
I think that my overall score the first six months of 2006 is a C-. 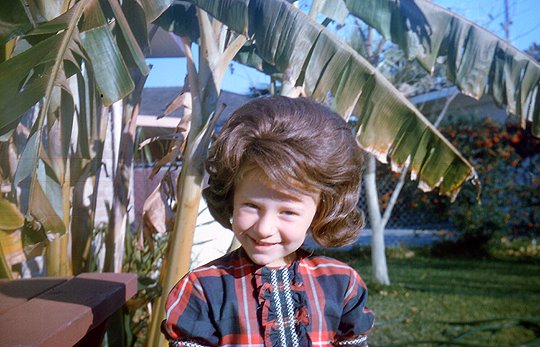 Have a safe 4th of July weekend and don’t forget to read this space on Monday if you can. Oh, and a Happy Canada Day to those of you crazy enough to live that far north, eh.

And now for some ideas stolen from LiveJournal…
Current Mood – my glass is both half empty and half full
Current Music – Sirius Satellite Radio, Channel 26 playing The Futureheads — “Skip To The End”
Website Of The Day – 43 Folders is a really good site for helping you to get things done better, or using tools at your disposal more efficiently. Hmmm, could this be foreshadowing?

13 Responses to Half Time