Since you have last read this space I have arrived and departed Bamberg, Germany. As you will read, I am currently in Bremen, Germany. 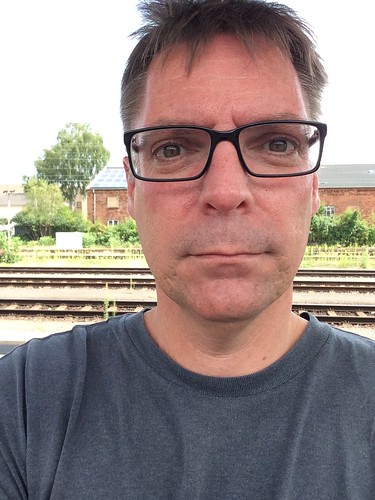 In case you forgot what I look like. This is my selfie at the Bamberg train station yesterday.

Who’s Watching The Watchman?
If you are an Apple enthusiast like me then you have heard multiple rumors about an iWatch.

One of the arguments against such of a device is that people have stopped wearing watches because they can get the time from their phone. This is not true in Germany, where time and time again (pun fully intended) I have witnessed people, young and old, wearing watches. The younger hipsters have even taken to wearing ugly square Timex and Casio watches styled after those worn in the 1980s.

Tattoos Are Uncommon, Smoking On The Other Hand
Unlike like in The States where seemingly every woman under forty has at least one tattoo, they are fairly uncommon among young and old in Germany.

Whatever free time the youth have gained by not getting tattoos they have filled with filling their lungs with smoke. Cigarettes rule the roost here, with machines selling them on the streets.

Bamberg, Germany: The City That Wants To Be Helen, Georgia
I kid, I kid. It may be because there was some festival happening in Bamberg last weekend, but this town was a tourist nightmare. I had notions of trying multiple local breweries, but the crowds were so annoyingly large that I did not visited most of them.

That is not to say that I abstained from beer however; quite the opposite in fact. Even though I drank quite a bit I managed to avoid getting drunk because I did a ton of walking between beers. The amount of walking I did in Bamberg may be the only hung from me putting on ten pounds during this trip.

Carrying Euro is more frustrating when I cannot understand the person telling me the price of something and I have to bring out a wad of coins like I am a little child. “Do I have enough?”

In this European heat wave all I really want is water, chilled, with ice if possible. I don’t want water “with gas” (carbonation), or special mineral water, or water with lemon, just plain drinkable water. Hell I was even willing to pay for water, but it was nearly impossible for me to order what I want. 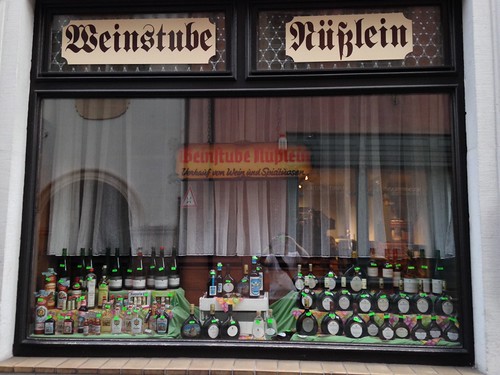 I entered the establishment to find a wonderful old woman working there. Suffice to say her English was worse than my German, so I never mentioned the I share the last name with that of the wine bar. I did manage to buy a small bottle of wine, though I don’t know why because the last thing I need to lug around Europe is a bottle of wine. What can I say, I am a sucker for “family”.

The Trains Don’t Always Run On Time
My journey yesterday involved leaving Bamberg and heading to Bremen? Why Bremen? Because rain was forecasted in the KÃ¶ln area and I didn’t want to deal with it, so I tried to out-train the rain.

To beat the heat I woke early and hoofed it up to the train station where I managed to book travel with the help of a nice woman who didn’t speak much English. Though it was before 10:00am, I was sweating profusely. In order to reduce the number of transfers I would have to perform I booked a 12:25pm train with one transfer in WÃ¼rzberg.

The Bamberg station has a few shops (and air conditioning!) so I sat and had some bread and “still” water that I purchased from the bakery while I cooled down waiting for my train. By 11:30am I questioned my earlier logic, but was done was done. (foreshadowing)

The train to WÃ¼rzberg arrived and departed five minutes late. I was nervous about this because I only had a nine minute transfer window at WÃ¼rzberg. While on the train the conductor tried to explain to me that the train that I was supposed to catch was running late, by 80 minutes! In some was I was relieved because I knew that I would not miss it.

In WÃ¼rzberg I decided International Data Fees be damned and took to my phone to figure things out. What I discovered was that my train was no longer going to go to Bremen. Dangen! To the travel agent I went, where I was given an alternative route, now transferring in Hannover, Germany.

This new train was jam-packed with people; I wound up standing for the first forty-five minutes. When we finally made it to Hannover I was confused again because the the train sitting at the platform had no number, and the signage made no mention of my train.

I finally got to the courage to ask someone what was happening and the man told me that my train was “kaput” and used his phone to find an alternative regional train for me to take to Bremen.

Oh boy, the train gods were fucking with me yesterday.

I made it to Bremen around 6:45pm (18:45). Thankfully the hotel in which I booked a room was right next to the train station in Bremen. I walked in, got my room and took a refreshing shower. Out the door I went to a restaurant for a German meal before heading to an Irish pub to speak some English, and drink too many Murphy’s red ales while listening to people sing karaoke (mostly with English lyrics).

And finally it looks like my plan has failed. There is a chance of rain for today and tomorrow here in Bremen. It’s 11:00am here now. I really should get out of bed and go out, even if it means trying out my new rain jacket.