I’m The Same Age As Moby?

$110 Bike/Bite Repair
Thankfully the damage I inflicted on one of my molars was not substantial. I visited my dentist yesterday, and one x-ray, five minutes of polishing, and $110 later I was fixed up.

I Have A Library Card
After dropping into the office to ensure that my Leave of Absence is still valid, and to confirm that the company is not offering any form of severance, I ate lunch with a couple of coworker/friends. 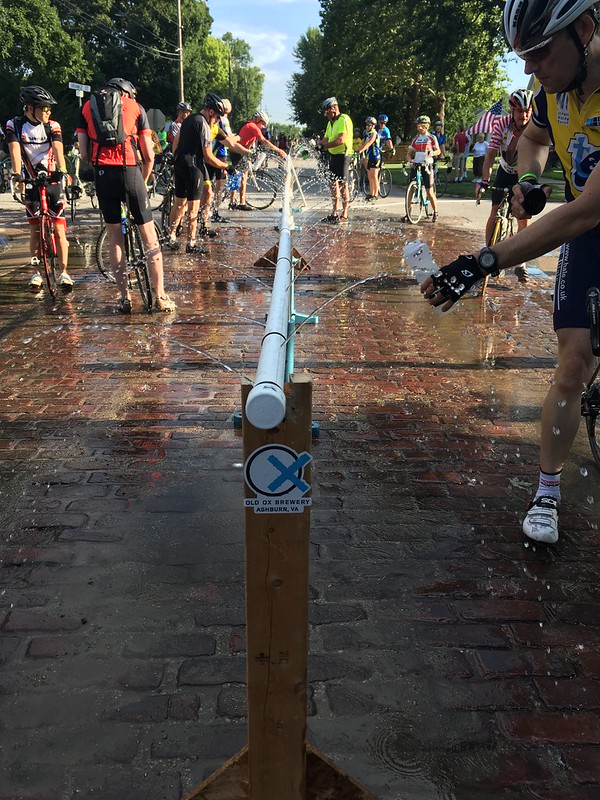 It’s important to remain hydrated when riding RAGBRAI, and sometimes you need something other than beer. You can buy bottled water from vendors during the week, or if you play your cards right you can fill up for free at the pass through towns. 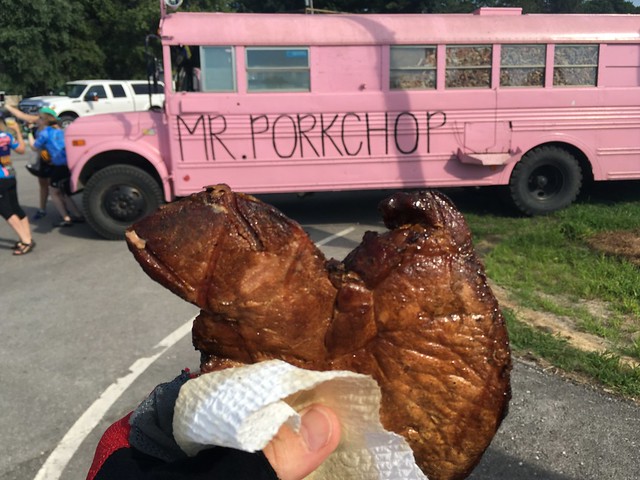 One of the beautiful things about RAGBRAI is the amount of quirky food stands that exist along each day’s route. One of the long-standing vendors is Mr. Porkchop. This hunk of meat costs $8 and is well worth it.

I Need To Remember That I’m Unemployed
This afternoon, hopefully after having a lovely lunch with ITP-Reader Barb, I have to start studying. Today I need to brush up on my German in preparation for tonight’s German class. Starting tomorrow I need to return to writing code in order to improve my skills so that I can impress an employer when I decide to end this hiatus.

I Need To Get Back On The Bike
I had planned to ride the Monday Night Recovery Ride, but it started raining in the area around 5:30pm so I bailed. Turned out that the rain stopped and the ride was held, but by the time I heard this I was already near home.

I was going to beat the rain by riding this morning, but I was so tired that I talked myself out of riding.

I’ve discovered that the convention that I will be attending this week starts at 6:00pm tomorrow night (and runs all day on Wednesday) so tomorrow I ride!
I hope.

11 Responses to I’m The Same Age As Moby?