I suppose that I shouldn’t be too surprised to see corn being grown in Vermont, but admit that I was. I should have stopped to get the photo that I failed to get in Iowa -— me, in front of a corn field.

No Hostility In The Hostel
Because I am cheap as chose to stay in a dormitory style hostel for $45/night instead of a hotel for $150+/night. And, my stay included coffee and waffles! Truth be told, it wasn’t that bad. I have already booked two nights for my post ride stay in Burlington. The only downside is that Delta is flying me out at 6:15am, so I will have to figure out how to be out of the hostel and into an Uber by 4:30am on the day that I fly home.

I spent Saturday walking around Burlington, sweating. I was so sweaty by 9:30am Saturday that I found Macy’s and purchased two new t-shirts. Burlington was fun, with a farmers market occurring on Saturday. I ducked into a bar at 11:30 and watched some road cycling Olympics while I drank my first beer. By my fourth bar I was set to go back to the hostel for a great nap.

Saturday evening was spent at the hostel, reading a book.

ITP Flickr Pic
“We Made It To The Mississippi” (Muscatine, Iowa, United States) 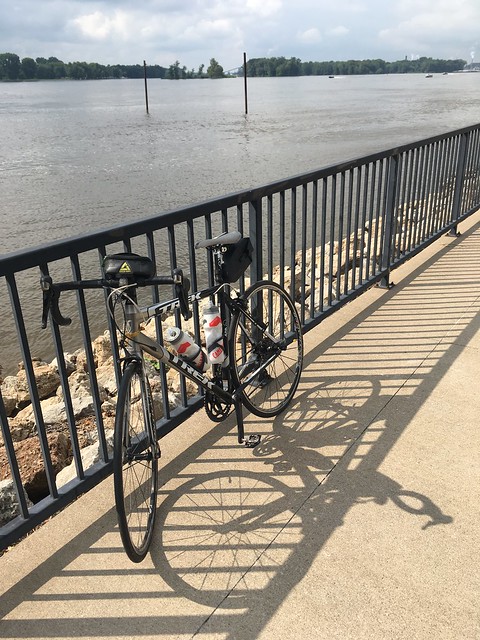 This is the last of the Iowa photos that I will post. 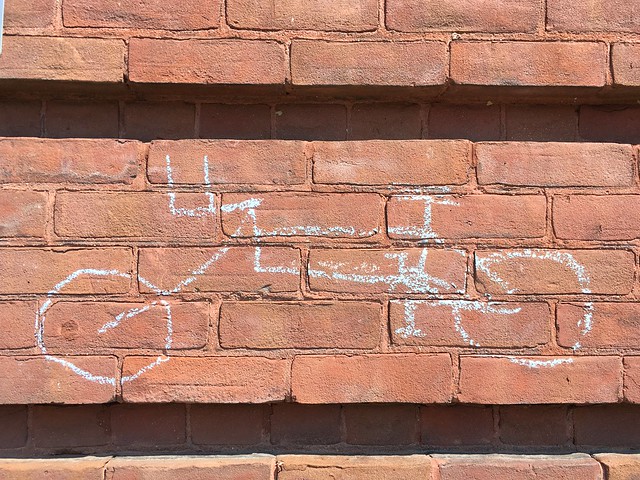 This caught my eye and made me laugh. 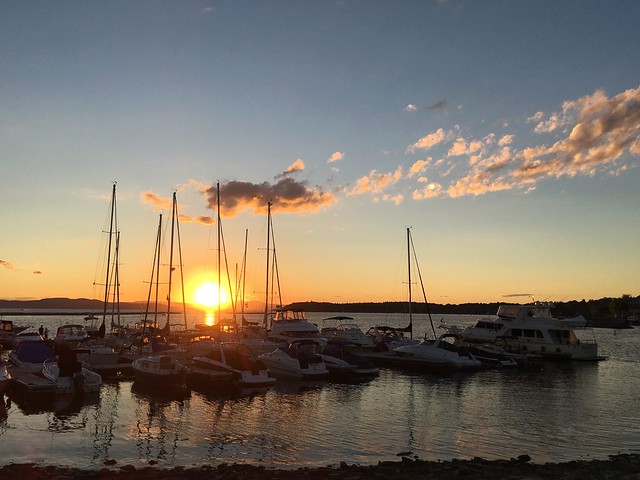 I did get out for a little while on Saturday night.

Vermont Day #1
After the driving to Charlotte (not pronounced lithe the city in NC) we were fitted with bikes and on our way.

The original documentation stated our day would consist of 39 miles, we rode 45. The first 27 were fine, but I bonked a bit on the final 18 – there was no beer in the tank!

When we reached our final town of Middlebury it was straight to Otter Creek Brewing to rectify my deficiency.

Filled with a flight of beer we rode to out B&B where we were served a tasting of beers from Drop-In brewery before being served dinner.

A Day Of Climbing Ahead
We have been informed that tomorrow we will ride he smallest of Vermont’s gaps, climbing 1900′ as we ride toward Vermont’s capital of Montpelier. This does not please this fat boy.

9 Responses to Corn? In Vermont?