Not only did I struggle on the bike, I lost out at the hotel room. Because I wanted to be fair I told my roommate that he could pick his bed yesterday since I had chosen on Sunday. Little did I realize that our room would have one queen bed, and on twin daybed. Guess which one I slept on last night…

The Shame In My Game
Well, I wasn’t as prepared for this trip as I had hoped. On two occasions yesterday I had to dismount from the bike and walk. Disappointing…

Because of the modified route we followed yesterday’s leg was shorter, but a bit steeper than originally advertised.

There is more climbing this week, some of which is taller than what we climbed today, but spread over longer distances. I am hoping to do better then. 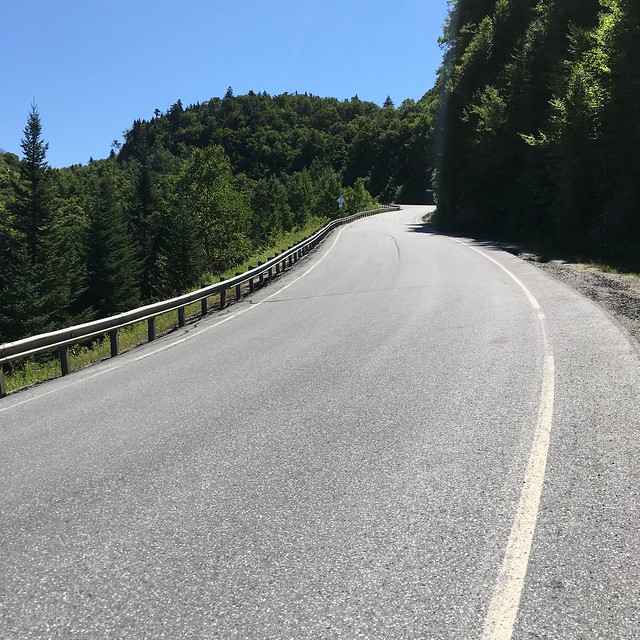 This was the final push to get to the top of the gap. It was the second dismount point for me.

“Our View From The Top Of App Gap” (Appalachian Gap, Vermont, United States) 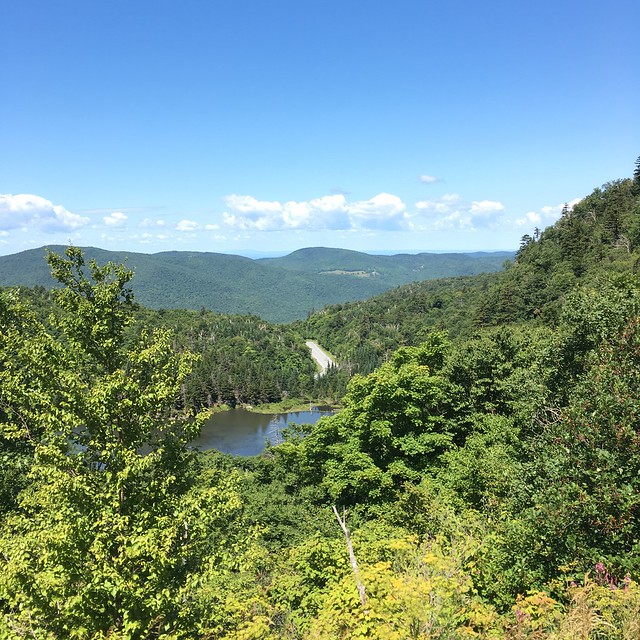 This was the view from the top. In the distance you can see the road that we traversed to get there. 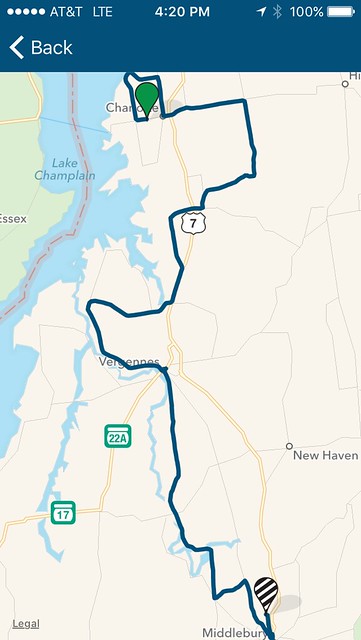 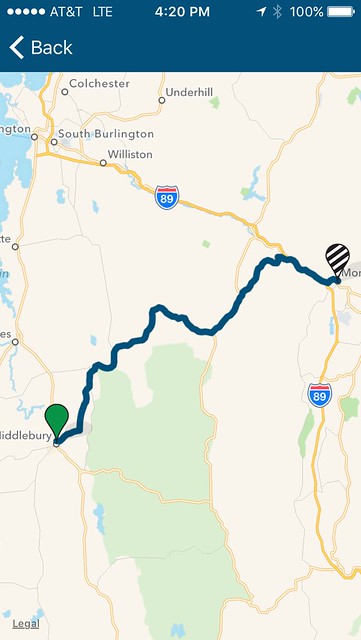 Food Is Good, Service Notsomuch
Yesterday I was accidentally charged the entire table’s balance. By the time you read this the charge will have either been reversed, or disputed.

Then, at pizza joint at which I had dinner I had to ask for my Coke after she delivered my breadsticks. The food was surprisingly good for such mediocre service.