The End Is Near

I am writing this at 2am on Friday morning â€” wide awake. Yesterday’s ride was tough on many levels, which I’ll describe briefly, but it’s the realization that I failed to get my “day bag” that has me mildly panicked. My “day bag” contains my car and house keys. Hopefully by the time you read his it will once again be in my possession.

Yesterday’s Ride
With the thought of Smuggler’s Notch facing us we all reticently headed out from the Trapp Resort. As we left I was thankful that I didn’t chose to wear my Deutschland jersey yesterday. The climb was tough, and for me became literally impossible when, 1/5th of a mile from the apex the chain on my bike broke. I walked up the remaining climb and the support car which was positioned there was able to remove a link and get me back on the road. The irony of my mechanical was that I chose to wear my chainlink cycling socks yesterday. I wish that I had taken a photo of my feet next to my broken chain.

Here’s the map to the point of chain breakage: 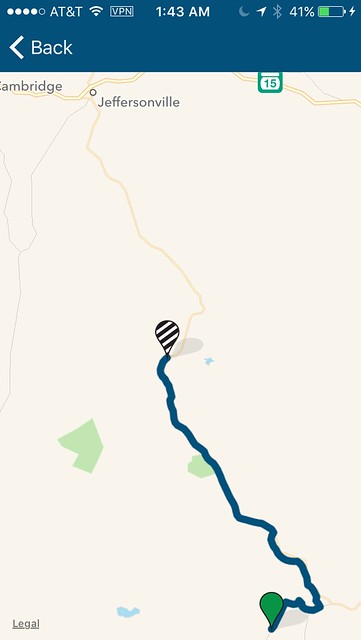 9.6 miles, I stopped recording here since I wasn’t sure that I would be riding any further

With a repaired chain I rejoined the chase, eventually catching up a few miles before ou scheduled stop for lunch at mile 29. As the heat continued to increase my health improved and my riding became much better; I was crushing it (for me). Thirty miles later we took the Vermont Bike Ferry, across a twenty-yard gap in the rails-to-trail path that lead to Burlington. I was the first one to the Foam Brewery in Burlington.

Here’s the map from Smuggler’s Notch to Burlington: 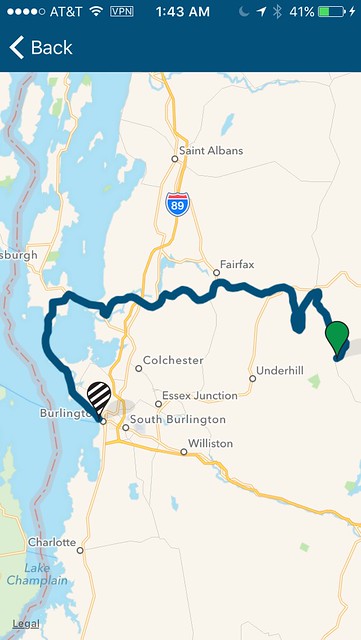 There was some confusion as to which van held my “day bag”, and I stupidly rode off to visit a few more breweries thinking that I’d get it before dinner. Obviously I was wrong. Then, I had to help my roommate back to outperform room after dinner and after talking to him for awhile I fell asleep.

Even with my mechanical my day wasn’t the most notable. Two of our riders wrecked independently, one of which took a ride to a local hospital; both seem to be fine. 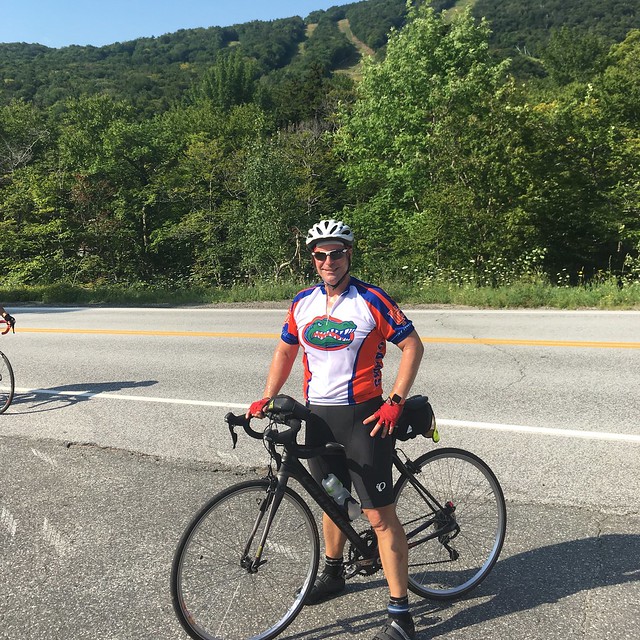 Taken after what I thought was a tough part of the climb. The gondola rides, which are just out of view to my left, were an indication of how wrong I was.

Due to a route change required thanks to a full road closure, our lunch was held at this winery instead of a brewery. The one glass of red that I had was good, if not a bit pricey at $9.

“Who You Calling A Cow?” (Cambridge, Vermont, United States) 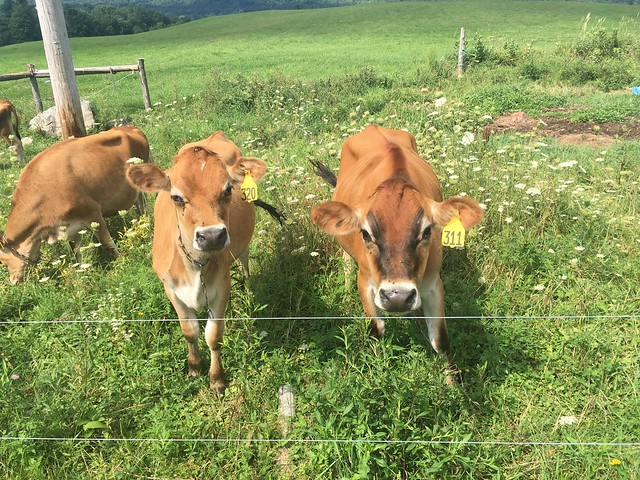 Perhaps my favorite photo from this trip. These cows were so sweet, happily chewing grass and plants for their lunch.

It’s A Small World
I found out yesterday that one of my riding companions knows one of my college roommates; they both work at Sandia Labs in Albuquerque, New Mexico.

I saw hash marks around Burlington yesterday. Burlington hashes on Wednesday nights, so I was literally a day late.

On To The End
Today is the final day of the tour. Today we ride a ferry from Burlington over to New York, then down toward Charlotte, and finally ferry back to Vermont. Unless it’s raining, at which point I may walk over to the Burlington Hostel and try to check in, instead of riding.

At the time of this writing there is a 100% chance of rain in Burlington for Saturday, and I fly home super early on Sunday. Hopefully I will have keys in hand when I get back to East Atlanta and can start putting my life back in order.

9 Responses to The End Is Near