Not a bad tally for a weekend’s worth of riding, if I do say so myself.

Strong Weekend
On the riding front I managed to ride both days, 52 miles on Saturday and 34 mile on Sunday.

Saturday’s ride was a bit poorly executed by yours truly. Not one mile from the house I realized that I had failed to pack any food for the ride; I did have a bottle of water, one of Powerade, and $20 so I decided not to turn around. My plan, if you can call adapting to failure a plan, was to stop at a convenience store as soon as I realized that I was in distress. Knowing my route there were two valid options, both of which I passed pedaling strongly. At the forty-mile mark, as I headed toward Emory on Clifton (and more importantly away from the ITP Estate) I decided that it was time to rectify matters. I pulled into the CVS on North Decatur and loaded up on a Coke and a small packet of Gummi Bears (literally the best option from the selection of candy offered at the counter and I didn’t want to venture too far into the store since my bike sat unlocked outside). Invigorated by sugar I completed my route home without difficulty.

After a fair bit of leg cramping, followed by a power nap, I headed out to the Grant Park Summer Shade Festival around 4:00pm. Shade was the savior of the day as the temperatures had risen significantly since my ride. I packed a cooler full of beer, and a little water, to help allay the day’s heat. The afternoon and evening were much fun, concluding with dinner at a new-to-me restaurant Ziba’s Bistro on Boulevard.

I thought that my long day of fun would put me in a spot of bother to meet up with ITP-Reader Steve at Cochran Mill Park for out 8:30am wheels-down. Fortunately, sleep is not something I require for cycling (I am willing to accept that this might not be completely accurate) and my five hours of slumber were sufficient to power through our 34 miles. I must admit that I did request, and receive, a stoppage at a convenience store where I purchased a Gatorade; I did not require the consumption of the snacks in my jersey. I shall also admit that the return to the park was a sight for my sore eyes and legs because I was rather pleased to dismount for the day when we arrived.

Yesterday afternoon was spent lying about, until around 5:30pm when I drove up to Emory Village to join my friend Hank for a few beers at Lucky’s. 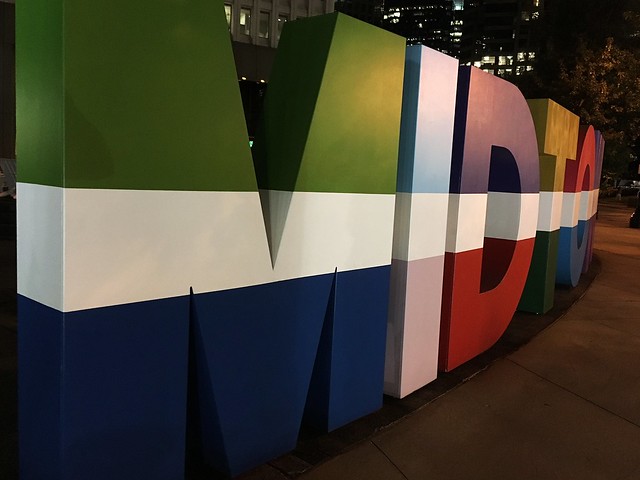 Taken Friday morning before my German breakfast. I admit that it’s far from a strong photo, but I like it. 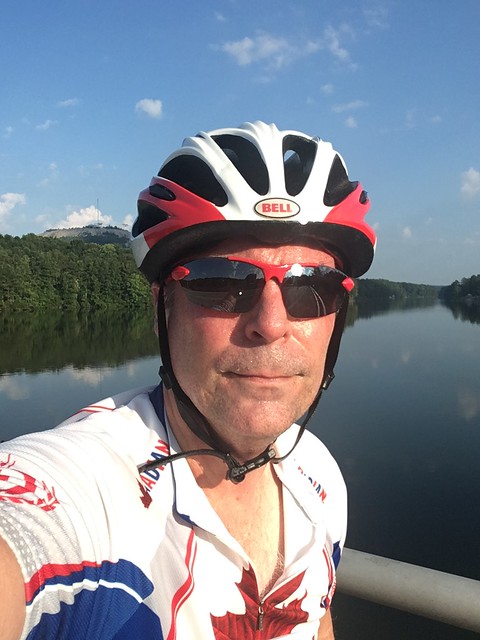 I don’t have a strong selfie game. Someday I may learn how to appear like I am having a good time, though you’ll never catch me doing “duck face”.

Doing Some Linguistic Transitioning
Starting today you will notice some changes in my speech, with more in the works if all continues to go as I hope. Given that our office is to officially close on October 1st, and I have been on sabbatical for over a month, I am going to stop referring to people as “coworkers” and “boss”, even with the parenthetical “former”, but instead what they really are — “friend” (the scare quotes are there to maintain consistency, not to indicate that they are a fake friend). And in the case when I’ve discovered that they read this space, they shall get the honorary-title “ITP-Reader”, unless of course they ask to opt out of having that stigma. 🙂

Lavanderia Lunch
This afternoon I will be packing the M6 with dirty laundry, and the bicycle. The plan for today is to eat lunch, do laundry, and then head to a library near North Atlanta where I can deposit myself and do my German homework until later this afternoon.

The Monday Night Recovery Ride starts at 6:30pm from the Peachtree Bikes on Roswell Road near Windsor Parkway and will be led tonight by ITP-Reader Al. I will be there to support Al’s lead, as well as put in another 20 miles in the saddle (should it be “on” the saddle for cycling?).

106 miles in three days, I like the sound of that better…

7 Responses to 86 Miles In Two Days