Eight years ago I took a photography workshop in Fort Collins, Colorado. In doing so I stayed at the Armstrong Hotel. I have always meant to return, but have never made the time.

Yesterday we rented cruiser bikes, more my style, for a day of riding around Old Town Fort Collins visiting some of the many brewpubs in the area.

While we were riding to our first destination I was trying to jog my memories regarding the places I had visited back in 2008, specifically trying to find the Armstrong.

We took a few turns and rode a few blocks and then I saw a utility box that I recalled photographing back then. Here’s the shotI took in 2008: 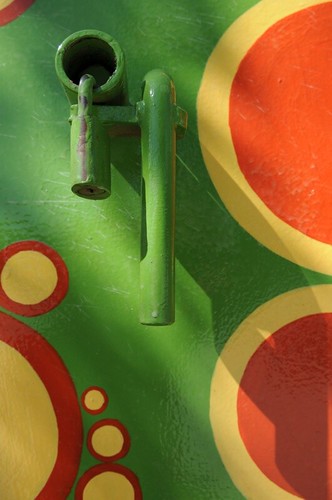 and remembered that this box was located behind the hotel! As luck would have it yesterday I to the Armstrong Hotel for the first time since 2008. 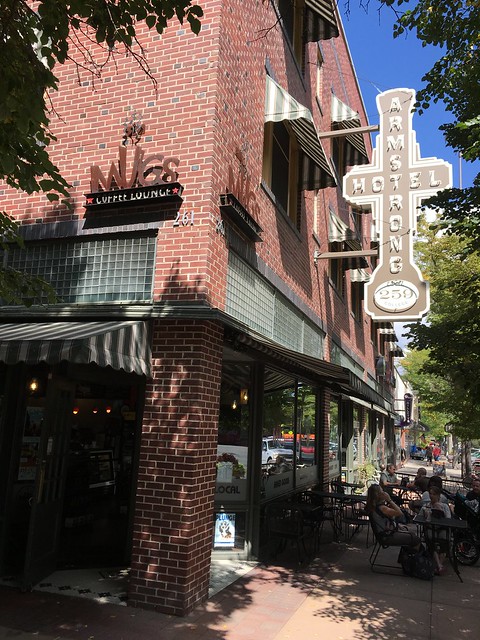 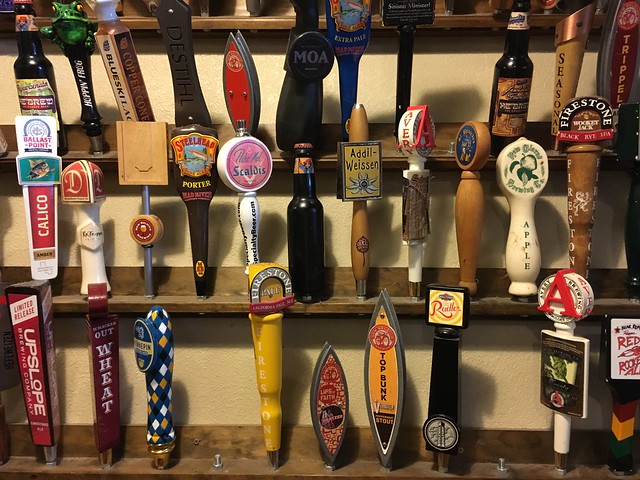 In the City Choice deli, which is in the same building as the Armstrong Hotel, there have many beer tap handles that are no longer needed. What you see here is probably a fifth of the retired tap handles that adorn the walls.

Brewing Up No Storms
It was a spectacular day to be outside yesterday, clear skies, cool, and low humidity.

City Choice deli was our first stop of the journey, here we met Public Enema for a beer.

From City Choice we pedaled and drank our way to:

By this time we’d all had our fill of beer (for now) and returned our bike rentals to the rightful owner, Recycled Cycles.

With the cycling portion of the day behind us we met up with Enema, Head Eunuch, and Can’t Say No at the Mainline Ale House for dinner. I ate an appetizer of fried Brussels Sprouts before tucking into a delicious steak sandwich and fries. Of course more beers were consumed.

Returning home to Michelle’s and Easy’s house was a mere formality at that point because we were all so tired that everyone went directly to bed upon returning home.

GreenRide -> DIA -> ATL -> MARTA -> Uber
Not realizing that I was on the same flight as Enema I booked a ride from Fort Collins to Denver International Airport with a service called GreenRide. For $50 they will be picking me up at the house around 9:20am MDT and taking me straight to the airport for my 1:15pm MDT flight.

Unless I can bum a ride with Enema in Atlanta, assuming he has a car there and doesn’t mind going out of his way, I will MARTA to a nearby station and Uber back to the ITP estate.