What Are We Going To Do Today, Brain?

Same thing as we do every day, Pinky.

As my summertime funtime comes to a close in a couple of weeks I need to start thinking about what my (new) daily routine will be as I prepare to become an employed person again in 2017.

Two Out Of Three Ain’t Bad
Though it may not see action today due to sore leg muscles I am glad to say that I rode my bicycle two out of the three mornings that I spent in Hartwell over the weekend. The only reason I didn’t ride on Saturday was because that I knew that I would need the energy to run the hash.

On Friday morning I went out and rode 45 miles in about three hours. It’s really easy to do a long ride in that area of the state because the roads are fairly smooth, have only a little traffic, and are not very hilly.

Yesterday morning’s ride was shorter, 28 miles, but far more difficult because the route I took was a little hillier and I forced myself to ride in bigger gears.

ITP Flickr Pic
“So Much For A Clean Car” (Hartwell, Georgia, United States) 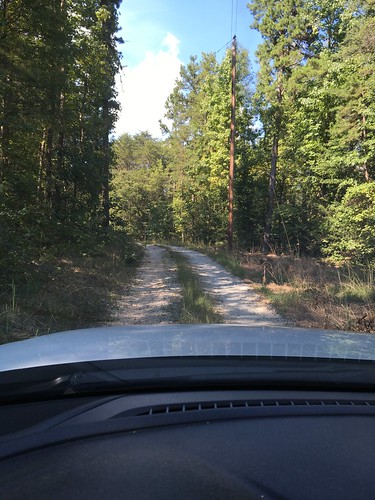 Actually, as I found out when I parked, the M6’s cleanliness was already compromised by a vehicle that was ejecting small droplets of oil somewhere along I-85.

Those are the times at which I was back in my tent on Thursday, Friday, and Saturday nights respectively in Hartwell. It’s not that I didn’t want to stay up and get stupidly drunk, which I really didn’t, I find it hard to party like a hasher any longer. During campouts I find myself drinking early and wearing down early; perhaps my morning bike rides and the grueling hash were to blame.

Speaking of the actual hash, it was fantastic. We started out by crossing the dammed side of the Savannah River, having to swim parts of it. After romping through the woods the hares found incredible patches of shoe-sucking mud. At one point we had to cross a water crossing whose underlying ground was so soft that I had to crawl in order to get through; needless to say that my entire body below my chest was covered with mud when I exited. Thankfully there was some clean water soon after in which I could wash off. The hash ended at the Shady Lady Saloon where we far dirtier than the regulars. I think Oops had the best job at the hash’s end when he found a hose and hosed down most of the hashers.

Fighting The Itch
My hands are starting to itch. I have that sinking feeling that I picked up a bit of poison ivy on trail Saturday. Try as I might to avoid the shit, there is little hope when trudging through the woods of Georgia and South Carolina during the summer months, and cleaning off afterward it never seems to help.

Week 2: Another Loss For The Good Guy
Regardless of the outcome of tonight’s NFL game I have once again lost my Yahoo! Pick’em Pool side bet. I have the Falcons, who looked like a second-tier college team against the Buccaneers but world-beaters against the Raiders, as well as my lack of confidence in them to blame.

6 Responses to What Are We Going To Do Today, Brain?