Today is my first day of no longer being on sabbatical, instead I am actually unemployed. All these years I’ve just been shaking hands with the unemployed… (old and terrible joke)

Current Status: Pain And Suffering
Well it’s happened again, to borrow a line from Click and Clack. My body is back to full-on “I’m going to create painful spots on your body, worrisome and nagging inflammations, that are going to thwart all efforts to feel normal” mode. Think about the worst zit you’ve ever had, enlarge that by about twenty times, and then place that somewhere really inconvenient on your body — back of your leg or on your waistline, for example. That is what is happening to me currently, and has been happening periodically since I was about twenty years old.

Although I know that there are millions of people with worse health conditions than mine, sometimes it really sucks being me. 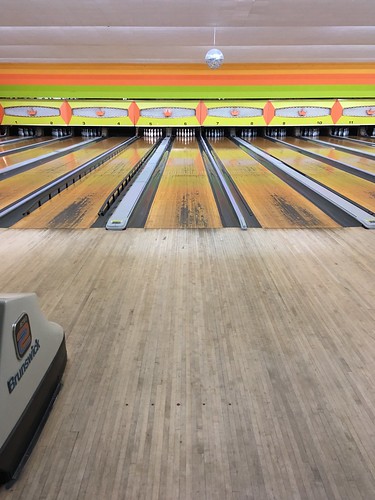 Current Status: Trying To Overcome The Pain With Fun
Other than my pain I’ve been having a great time visiting the Raleigh Royalty.

On Saturday night we had Randy’s birthday party at Carolina Brewery, not to be confused with Carolina Brewing. A good time was had by all as we stood around drinking beer, eating pizza, and conversing.

Yesterday we all walked up for donuts, and later I joined Randy and the boys for a short trail bike ride (recall that I left my mountain bike here on my last trip) at a local trail. Try to guess who fell first, before even entering the park…

With no Packers game we were at a loss as to what to do with our Sunday afternoon. We walked from the house to near campus and attempted to eat at Mitch’s Tavern, only to find that Mitch’s doesn’t open until 5pm on Sundays. After walking around the corner and finding that Groucho’s Deli closes at 3 on Sundays, apparently we were in a Sunday dead-time zone, we wandered down to The Players’ Retreat (often referred to as “The PR” or just “PR”), a local favorite watering hole. While there we consumed a slew of appetizers and beer, and watched the Falcons put away the Panthers.

Current Status: Drinking Coffee
As the Royalty try to get ready for work and shuttle boys off to school I sit here blogging and drinking coffee.

Yo ho ho, the unemployment life for me!

Unlike the Braves I will be returning inside the perimeter. I will be doing so tomorrow however, as today’s agenda will be another day spent in North Carolina.