I’ve Got That Youthful Feeling

It’s always good to travel to this part of Florida when you are feeling a bit old.

You are not old.

A Series Of Sprints
I got out yesterday morning for a thirty-mile ride, averaging just a little faster than 15mph. Given that the terrain in this part of the world is pancake flat, seriously the only “climb” was an overpass, my average speed was slow. My defense for my slow speed is that I had to slow/stop at least thirty times for stop signs along the northern section of the Pinellas Trail.

It felt good to be out spinning the wheels again.

At Least Lightning Didn’t Strike
Yesterday I joined my mother and two aunts for some daytime bingo at a Catholic church. The two best things I can say about the outing was that I was not struck by lightning upon entering the church, and I consumed this $1 ham and cheese sandwich: 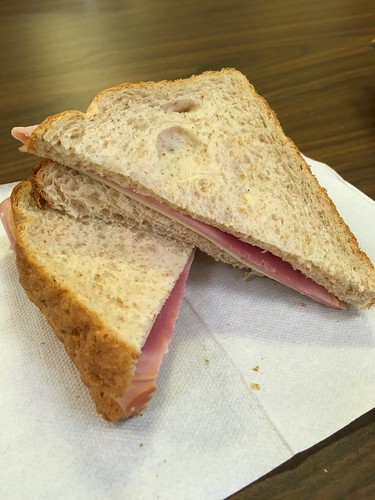 My mother and aunts did win a couple of times, I was shut out. Gott Dangen!

Oh yeah, I was called “handsome” by more than one woman at bingo. Perhaps there is a benefit to cataracts after all… 🙂 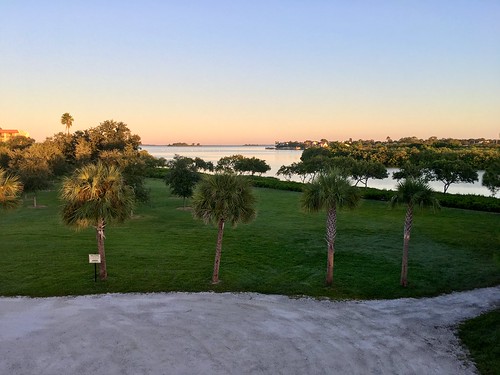 The only thing I did wrong during yesterday’s bike ride was to inadvertently end the Wahoo Fitness app when I stopped to take this photo, losing the recording of the first four miles. This shot was taken from atop the day’s only “climb”.

Doctor, Shopping, And Poker? Oh My!
I thought that I was going to have a free morning while my mother joined one of her sisters at the doctor today. I was going to wander up to the bowling alley for breakfast discussing Social Security reform with my fellow retirees, and then over to Dunedin Brewery for a pint discussing Obamacare with Millenial slackers, all prior to their return. Alas, my aunt’s appointment is an hour later than she thought so I have been called into chauffeur duty.

After coming back from the doctor mom and I will be doing some obligatory grocery shopping at Publix before going to KFC to ensure that they will have the necessary chicken for the penny-ante poker game that she will will be hosting tonight. Don’t hate, someone has to live the Floridian High Life.

Have a great day, friends.

(Oh yeah, ITP-Reader Ronnie if you read this you may get a kick to find out that I have been spared a meal at Kally K’s because it is currently “closed for remodeling”.)

13 Responses to I’ve Got That Youthful Feeling