The End Is Nigh?

Had an interesting conversation yesterday. No commitments, but promising…

From Pabst? Really?
I forgot to mention this in yesterday’s blog. While at The Elder Tree Public House on Sunday watching football the waiter said that their draft beer was warm, so I opted for canned beer. My first order, Iron Maiden Trooper ESB (yes, that Iron Maiden), was sold out (naturally) so I turned to a beer called Old Tankard Ale, which was also marked as an ESB. In case you hadn’t heard, I enjoy the wildly unpopular beer style know as Extra Special Bitter.

Wasn’t I surprised to find out that not only is Old Tankard Ale brewed by Pabst (yes, that Pabst), and I enjoyed it! 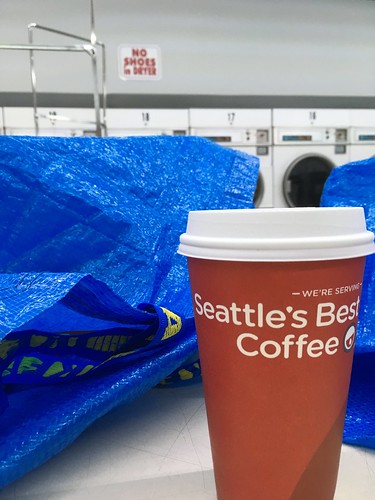 What Is Your Quest?
Yesterday morning I listened to a The Incomparable podcast in which a panel of beer drinkers talked about beer. Never has a panel of beer drinkers been assembled whose taste in beer is so different from my own. Almost to a person they all disliked IPAs and summarily disliked the one IPA that they tasted, Alpine Beer‘s Duet IPA. Naturally I needed to taste this beer.

Through the magic of the internet I found out that I could buy Alpine Beer at Hop City Beer on the westside. And they did! While I was at Hop City I also asked about buying Old Tankard Ale, but unfortunately they did not stock that beer.

Instead of going out to a bar to watch the Jets lose again, having no ESPN at the ITP Estate, I stayed at home and watched all seven episodes of the second and final season of “Detectorists” on Netflix. Holy crap I enjoyed this quirky Britcom even if the final payoff was a bit understated.

COBRA Paperwork Received
Further reminder of my impending loss of healthcare benefits arrived in the mail yesterday in the form of paperwork to sign up for COBRA. Guess I should look into this today…

6 Responses to The End Is Nigh?