Off Day Day Off

I’m getting ready to go out of town again, this time to the wilds of Warm Springs, Georgia. You will undoubtedly not be shocked to read that I still need to pack. Because I am behind schedule I am giving myself a day off from my daily chores, with the exception of part of my German homework which needs to be submitted by tomorrow evening. So there will be no riding, walking, or running, unless of course I feel especially chipper after setting up camp later this afternoon.

Riddle Me This
Q: What do you call a person who instigates an outing and then doesn’t show?
A: ITP-Reader Steve.

Steve, I heard why you couldn’t make it and understand. But, I wouldn’t be a complete asshole if I didn’t tease you about it, now would I. Here’s a sampling of what you missed: 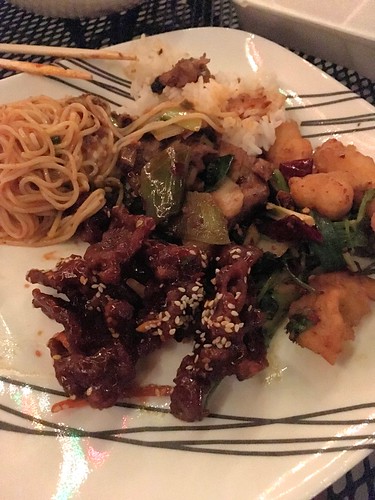 Delicious! Or as they say in Germany Lecker!

It was also a beautiful night to sit outside on the Deck Mahal and shoot the shit with ITP-Reader Barb, Allan, and Sal.

I was home in time to eat a little Talenti gelato to sooth my burning mouth and watch the Falcons beat the Buccaneers. It’s a good thing that the NFL shows their games on “normal” television in the home cities for games played on Monday and Thursday nights for cord cutters like me. 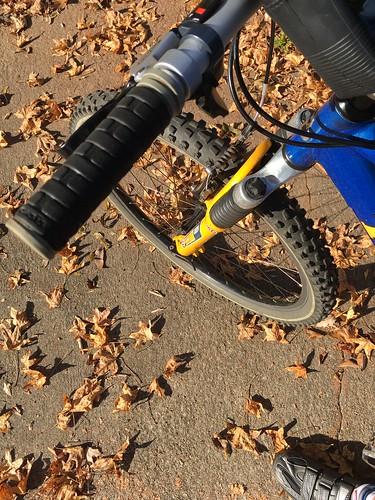 I didn’t have time for a “proper” road ride yesterday, so I took to the streets (as well a few off-road sections) on my mountain bike. My mountain bike is nearly sixteen years old and is heavy; however, it still works quite nicely! I wound up riding about 12.5 miles yesterday, including a fun little off-road section that I never knew existed, in a little over an hour.

A Day Of Seconds
After my “ramble” I cleaned myself up, packed a small cooler of beer, and headed OTP North to Sandy Springs.

But first, I needed some lunch and decided to head to Cobb Parkway and eat with the neon-cladded people who are constructing the Braves’s new stadium at the Chinese buffet. It was a toss up between that and a huge platter of chicken wings and fries at Clay’s Sports Cafe on Roswell Road. Later that day I found that I made the right choice, because Clay’s has closed; their website mentions temporarily closing but that was in July. Discovery of their closure comes as bizarre news to me because Clay’s was always packed every time I ate lunch there.

From lunch I drove down to Sandy Springs Lefont Theater and saw my second movie this year, “A Man Called Ove”. The theater has been “remodeled” in as much as they replaced the old seating with newer luxury reclining seating, but they still haven’t figured out how to replace the people around me who chat and chew their popcorn loudly. “Idiots!”, as Ove would declare. As one does I enjoyed the book more than the movie, but was still brought to a tear or two at certain parts. (side note: this was probably not the best choice of movies for me given the week I’ve had, but I really wanted to see it) In a lot of ways watching the movie was like reading the book again because the dialog was in Norwegian so I had to read the English subtitles to follow along.

I had about an hour to kill after the movie before heading over to Barb’s house, so I stopped at the sports complex on Terrill Mill and walked around it a few times. I racked up two miles in 45 minutes. After a big lunch and an anticipated sizable dinner with beer I needed the second round of exercise as well.

Let’s End This
This week is not going to go down in my annals as one of my favorites, mostly for things not discussed in the blog. Yes Virginia, there are some things I don’t mention in electronic ink. I’m ready to hit the road and get away from it all, until I am reminded of how not “away from it all” I am when Park Maintenance starts cleaning their tennis courts with a leaf blower at 8am tomorrow.

I hope that you have a memorable weekend.

6 Responses to Off Day Day Off