I have found that four months of unemployment has enabled me to become very lazy. I was at home trying to be productive during the morning but before I knew it noon had arrived.

Unrelated: I am tired of feeling as if I am constantly on the brink of having a nervous breakdown. I need to figure out how to calm myself and ensure myself that everything is going to be alright but it’s not as easy as you think.

In an effort to get some exercise as well as be a more responsible adult I decided to walk from East Atlanta to Poncey-Highland. I mentioned my free concert tickets for the She Wants Revenge show at Masquerade yesterday and was hell-bent on seeing the show. Of course I wasn’t going to wait until dark to start walking so I took advantage of the amazing weather and took off from East Atlanta around 2:00pm. The 3.5-mile walk from East Atlanta to Poncey-Highland took me a little over an hour; I walk at a leisurely pace and was in no rush to get anywhere. I avoided the temptation of stopping into a bar because I wanted to get an idea of how long the walk would take me. Why? Keep reading…

After reaching my destination my first stop of the day was at Dancing Goats, where I set up camp amongst the seemingly-never-ending sea of Millenials who “work” at coffee shops.

“Dancing Goats In Poncey-Highland, My ‘Office’ For The Afternoon” (Atlanta, Georgia, United States) 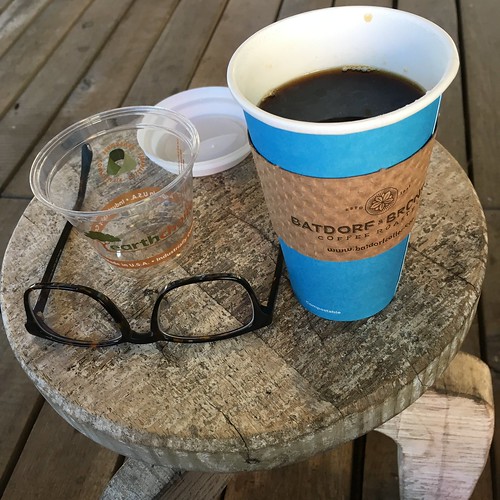 I have little room to talk as I killed a few hours drinking a few cups of coffee while “working” on my iPad.

From Dancing Goats I made the difficult crossing of Ponce in order to eat at Eats. I mentioned in a previous blog post how glad I am to have rediscovered Eats, which thankfully hasn’t changed much since I first ate there twenty years ago. 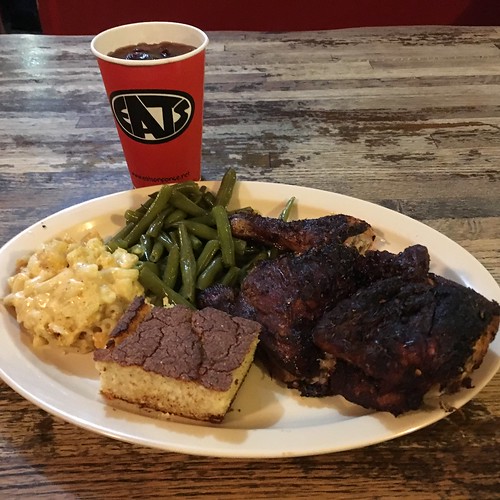 Once my belly was filled with the jerk chicken, mac and cheese, and green beans show above I played Frogger again across Ponce for “one” beer inside Ponce City Market.

“When You Are Only Having ‘One'” (Atlanta, Georgia, United States) 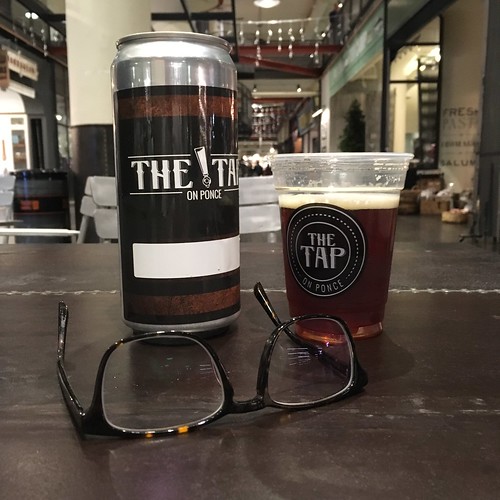 The night’s concert was pretty amazing as I rocked out to music I fell in love with ten years ago. The only difference was ten years ago I didn’t have to watch through a sea of cellphones.

My plan for today, unless interrupted by a trip to Florida, is to attend Creative Mornings Atlanta, which is being held at Ponce City Market (however I am driving there today) and then hit a library for a few hours.

Tonight I am going to The Vortex in midtown, another old favorite of mine that has not seen my face in forever. Call me crazy, because I am, as I am considering walking the five miles from the ITP Estate to The Vortex and getting an Uber or Lyft home. I have to take advantage of this weather before it changes tomorrow…

Have a great weekend friends.

11 Responses to Living The Poncey-Hi Life