Today marks the four-month anniversary of me being out of work. On July 22nd (my birthday, btw) I started this journey by getting on a bus headed to Iowa. To say it’s been an interesting four months is an understatement.

I Wondered
After I finally got myself moving yesterday I headed out to eat lunch and go over to the westside. I ate two humongous slices of pizza at Baby Tommy’s Taste of New York (whose website was too pedestrian to link to), who have unfortunately removed all of the New York sports-related memorabilia from their midtown location, and then drove over to IKEA. I had no particular need from IKEA but I had in interest in finding out how far one would walk when going through the maze that is IKEA — the answer, including walk from/to my car, is 0.95 miles.

On Target
From my near-one-mile walk inside IKEA I drove over to Target. As I mentioned yesterday while I was perusing the sale DVDs I overheard two young women speaking German.
“Can I Interest You In Ménage À Trois?” (Atlanta, Georgia, United States) 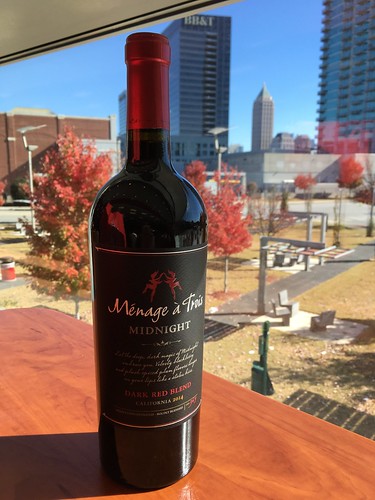 Knowing that I still would not be able to have a conversation in German I took the high road and walked away. Oh the wine? That was already in my shopping bag prior to encountering the women, it’s just a convenient joke.

From Target I procured all of the ingredients needed to make an American classic for Thanksgiving, a green bean casserole.

Here is a funny SNL skit about Target that ITP-Reader Lisa sent me yesterday.

Fulton County? Really?
I visited not one, but two libraries yesterday.

My first stop was in Kirkwood, where I discovered that the Kirkwood Public Library is part of the Fulton County Public Library system and not Dekalb’s as I had assumed. After all, Kirkwood is about a mile or two east of the Fulton/Dekalb county line. I didn’t stay long inside the Kirkwood library since it was much smaller than I expected and I couldn’t find a good place to set up to work.

My second stop was the library in Decatur. I did manage to set up there and proceed to frustrate myself by attempting to learn Swift for a few hours.

What’s Up Bingo Guy?
While sitting in the Decatur library I received some text messages from my friend Hank and we agreed to meet up for a couple of beers at Lucky’s Burger And Brew in Emory Village.

As luck would have it Monday night is also Bingo night at this location. Since I am now seasoned veteran of the game I happily grabbed a card and joined in the play.
“For Mom” (Atlanta, Georgia, United States) 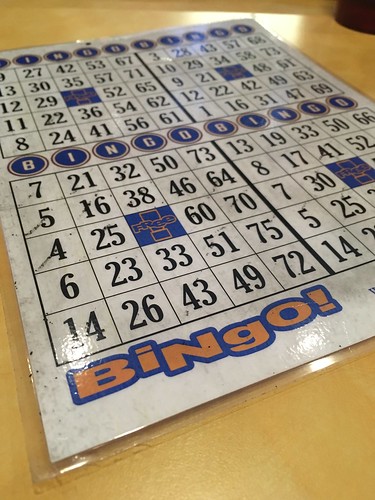 An added bonus for the night was hat I actually won a game, earning a $10 gift card!

In picking up my winnings I gave the emcee my ITP gmail address and mentioned that I also owned this URL. A few minutes later he laughed and told me that he was looking at this site. So, if you’ve come back again — hey Bingo guy!

Keine Deutsche Klasse Heute Abend
The Goethe Zentrum is closed this week in honor of American Thanksgiving. Therefore, I have no class tonight. Perhaps I’ll use my free time to actually do some of the German homework that would have been due tonight if class were being held.