Blogging From A Too-Warm Coffee Shop

How Millenial of me…

I was going to drive up to Chamblee to do laundry this morning but traffic, that thing with which I had not had to contend during the past five months, is hideous. Instead I’m at Joe’s Coffee Shop in East Atlanta, trying to look a suave and debonair as I can for the ladies here. I don’t think it’s working.

How old, undesirable man of me…

Good Day With A Somewhat-Predictable Bad Ending
Forget the weather, it was crap.

Regardless, I drove up to Marietta and picked up Allan and we met up with ITP-Reader Barb and JoAnna at Red Eyed Mule for a lovely lunch. Unhealthy, delicious, and enjoyable is how I’d describe the experience.

After lunch I quickly returned ITP. I had my sights set on a trip to Play It Again Sports for cheap(ish) hockey gear. You’d think riding a bicycle on the roads of “North Buckhead” over a hundred times in the past two yours would make me an expert on directions in that area, but I managed to miss a turn and take the most circuitous route to get there. I picked up a left-handed hockey stick, which needs to be re-taped, for $8, and a pair of shin guards, to protect my knees and shins from errant sticks, for $25. I’m hoping to play Sunday morning.

Turns out Play It Again Sports is across the street from a Goodwill; unfortunately I didn’t have opportunity to gather my goods for Goodwill, so I could not check that off my to-do list yesterday.

German class was alright. I’m struggling with it.

When I arrived home after German class last night my garbage cans were in my carport. No matter how hard I racked my brain I could convince myself that I had come home and done this — because I hadn’t. Clearly it was the work of the “Trashcan Fairy”. About 10pm the “Trashcan Fairy” arrived by banging on my door, it was the guy I paid $20 to rake my yard. 10pm. Convinced he wasn’t going away I opened the door and he told me that he’d come back and bagged up more leaves from the front and worked some on the back and he was only going to ask $5 more for the extra work. I said “No”. Surprise, surprise, when I went outside in the daylight this morning all of the leaves that were in the yard when I left home yesterday were still there today. This is why I wish I had not caved and let him do any work last week. Don’t feed the stray animals, don’t hire the local labor. I shouldn’t have been so weak. Now I’m hoping that he’s harmless and will eventually give up when I decline all of his future offers.

A Very Capote Christmas?
The other night I watched Capote. I actually think that I have seen it before, which given that it came out eleven years ago is highly likely. I have been looking for a cheap copy of “In Cold Blood” the writing of it was the basis for the movie, but have come up empty. I looked at the Dekalb Public Library and amazingly there are five people ahead of me already waiting for this book.

A Christmas Memory – ONE NIGHT ONLY!
Tom Key in the one-man adaptation of Truman Capote’s cherished story, “A Christmas Memory.” An Alabama native himself, Key narrates the semi-autobiographical tale of seven-year-old Alabama boy, Buddy, and his unique friendship with his elderly eccentric cousin, like “a lost pair of kites hurrying towards heaven.”

As I type this I realize that I should have used my computer and not my iPad to purchase my ticket because then I would have seen that I could have paid $40 for a ticket and not the $75 that I did. A cheaper seat would have been fine for me as there is not a bad seat inside the Balzar Theatre.

Merry Capote Christmas to me? 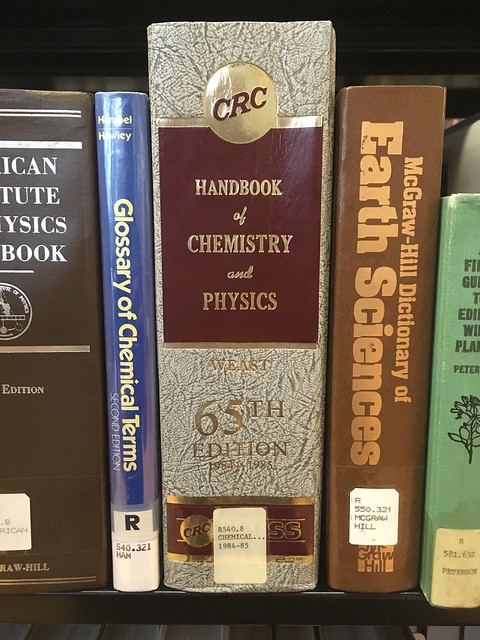 Ah the CRC, once the “go to” book when I was a Chemistry major at the University of Florida in the late 1980s. This edition, their 65th, was released only a few years prior to my studies.

I Think That I’m In Lust With Scarlett Johansson
Except for the fact that she is too young, too beautiful, and has tattoos, Scarlett Johansson is the perfect woman for me. She must be, because unbeknownst to myself I have watched three of her movies — Lost In Translation, Chef, and Her (admittedly this movie only had her voice) — in the past two weeks! If there were a “plan” for my recent movie watching it would have been to watch more of Bill Murray’s catalog, not hers.

I have no explanation.

18 Responses to Blogging From A Too-Warm Coffee Shop