This very well may be the last Christmas for this blog so for the next two weeks I’m going to highlight Christmases past as swell as Christmas present via photos.

Friday And Saturday Night Going Out
I met up with some friends for a few beers at Benchwarmers before we drove up to Pho Da Loi #2 on Buford Highway where I ate a very delicious bowl of pho.

On Saturday night I convinced myself to drive up to Little 5 Points to attend the The Whiskey Gentry show at the newly-renovated Variety Playhouse. The show was fantastic and I was home by midnight. Between 2:00am-3:00am I woke up feeling meh, almost as if I were drunk. It was strange given that I had stopped drinking many hours earlier. 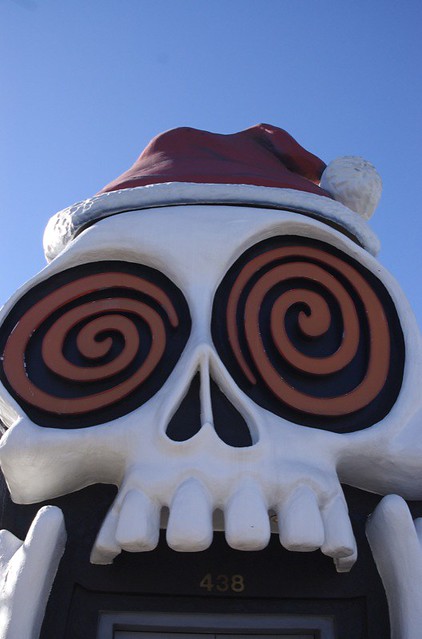 Hard to believe that I took this photo of the Little 5 Points Vortex ten years ago, back in the days when they hoisted a Santa hat onto their iconic doorway during the holidays. 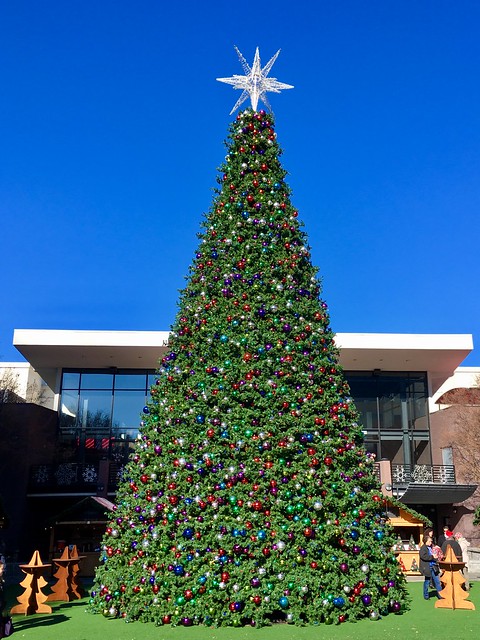 On Friday afternoon I made it over to the Christkindl Market at Atlantic Station. The weather was really cold, and the market was really small, so I didn’t stay long. At least some of the booths sounded as if they were staffed by actual Germans.

Bonus ITP Flickr Pics
Here are a couple more photos for today. They are here because they are time-dependent. All of these games will be donated to Goodwill on Wednesday. If you have a desire to own any, or all, of these games and you can guarantee to take possession of them by the beginning of the new year I will save them for you, first come, first served in the comments. 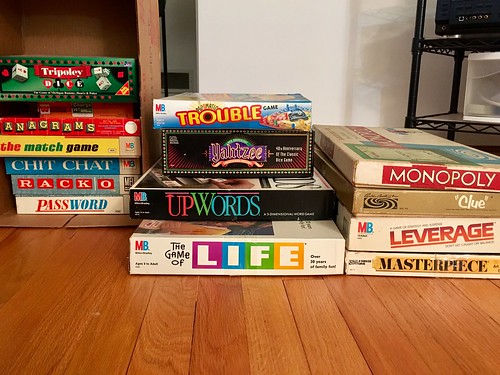 Here are the games that are in the box to the left. 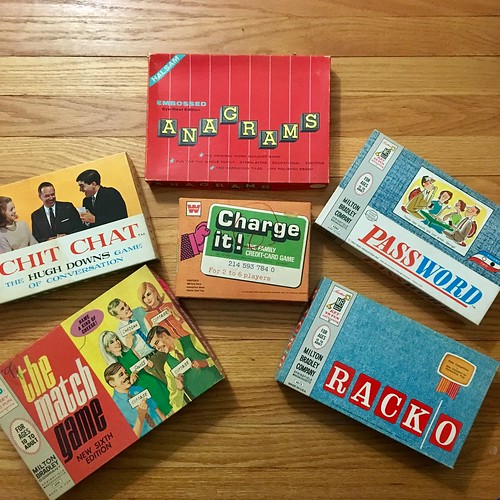 The games like Password, The Match Game, and Chit Chat are from the 1950s-1960s and tickle me. However these games have sat in the basement unused for over a decade.

Stay At Home Sunday
I saw that the temperature was not going to much higher than freezing by 9am so I backed out of playing street hockey. As the morning marched on my desire to hang outside at the Black Sheep Hash also waned, so I stayed home all day instead.

I used the day to gather the games pictured above, watch a little football, write this blog, make some food, and do a little Swift development.

I Am Not Allowed In A Grocery Store For Awhile
My cupboards are filled, very filled, my refrigerator is well-stocked, and my freezer has food that needs to need to be eaten. Until such time as I’ve made a significant dent in the food that I have in the ITP Estate I am not allowed to go into a grocery store unless it’s to buy milk, bread, or eggs. I will attempt to limit my visits to restaurants as well, though I won’t be turning down offers to have a little Christmas fun…

Make it a great Monday friends.