We are down to single digits…

I am writing this at 11:15pm on Thursday night, so technically I am still in double digits, but by the time you read this the opening statement will be correct. Hell, by the time I finish this it might also be correct… I am in a warm bed, listening to piano versions of Christmas carols. Not a perfect life, but not bad either.

OH FOR THE LOVE OF PETE!
I should be so lucky as to never have to travel to Sandy Springs again!

Yesterday I drove up by the old work hood in order to knock out two tasks:
1. Drop off stuff at Goodwill.
2. Drop off paperwork at my insurance agent’s office.

When I worked in the area going to my insurance agent’s office didn’t seem like a big deal. (side note: I have the same agent that I picked because here office was nearest my apartment when I moved here in 1995.) Yesterday the task seemed monumental.

I was irked when I realized, only when I was at Goodwill, that I’d left the second box of items to donate at home. Fortunately I did not leave the paperwork at home too, so I was able to Frogger my way across Roswell Road (it was faster to walk than to drive) and knock that task out.

Twice now I’ve tried to eat at restaurants at which I ate when I worked near Perimeter Mall and failed. This time I saw that the Dickey’s BBQ has packed up and left town.

Going up to Sandy Springs I drove up 400 to Abernathy and got caught in the construction (and mass destruction of wildlife) being done for the new Mercedes office complex. Not to be stuck in it again I went south on Roswell Road only to get caught in all of the construction happening along it. I’ll reiterate, I should be so lucky as to never have to travel to Sandy Springs again!

The only good thing about getting stuck in so much traffic is that it allowed me to listen to the entire reading of “A Christmas Carol” by Sir Patrick Stewart that I got as an audiobook a few years ago. 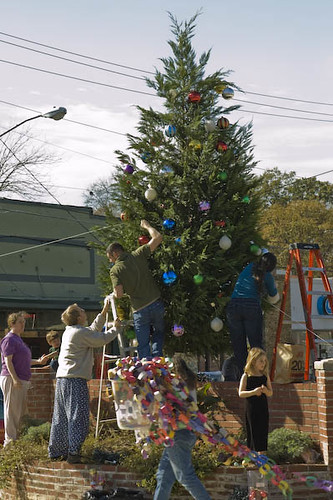 I’ve not noticed a Christmas tree in the village this year. A lot of things have changed in my neighborhood in the past nine years, some good, some not so good.

ITP Flickr Pics
You’re on Santa’s “Good List” (as of today) so you get more than one new photo! 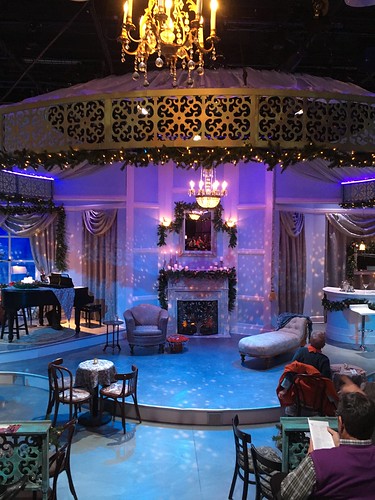 After fighting traffic for the third time yesterday and paying $12 to park I was ready to have a good time. Fortunately for me “Courtenay’s Cabaret” did not disappoint. Apparently each show has a surprise guest star. Our guest star was Atlanta’s own Tom Key, who I will be seeing perform his annual one-man show next Thursday. 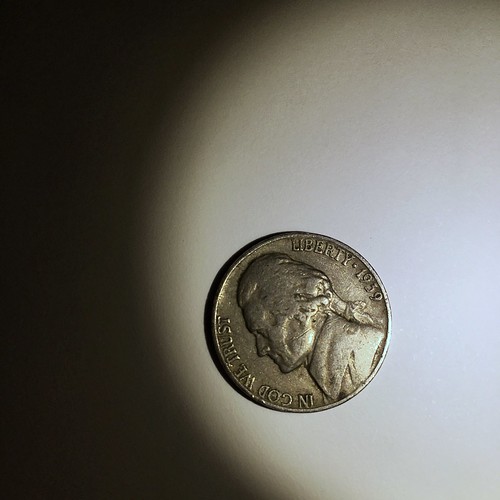 Before the play I stopped into Octane Coffee for a couple of cups and a blueberry muffin — “dinner”. When I got home and pulled out the change I received I noticed that the nickel looked a bit old. After looking at it in really good light I confirmed that it was minted in 1939. Think about how much the world has changed since this nickel was first given out as change. Think of the buying power this nickel had 77 years ago!

What’s Up Weekend?
Today I will be working on preparing myself for the future, I also hope to get to LA Fitness and get a workout in. Tonight I will be making a dinner at home, followed by a Christmas movie.

Tomorrow I will be meeting my old Flickr photog friends at OK Cafe for lunch, and later in the afternoon I’ll be drinking in the ‘hood with a few friends who’ll finally come my way for happy hour.

On Sunday I have plans to do a bunch of shit around the house because it appears as if will be raining. And then of course I will driving all the way up to John’s Creek to see if I can snag some free cash in the bingo contest.