I left work yesterday and hoofed it over to the Woodruff Arts Center. My mission, the first of two for the afternoon, was to cash in on the free Atlanta Symphony Orchestra ticket coupon that was given to me with my Hertz Stage at the Alliance Theatre season ticket package. You may be surprised to read that I like classical music, especially concertos of cellos and violins. My mission failed as I failed to note the nuanced wording that I am supposed to cash this coupon in at the ASO’s subscription office, and not the box office. The box office is closed on Mondays and when I reread the coupon I understood my mistake. Oh well I will try again another day.

The Woodruff Arts Center was a convenient mid-point for my other mission of the afternoon, to meet up with my friend Hank at Da Vinci’s Pizzeria for a few beers. We sat slack-jaw as the heavy rain, which was not supposed to occur as late as my office departure, fell. As I had not packed an umbrella it was fortunate for me that the rain subsided not long after we had given up drinking beers and had eaten a dinner. 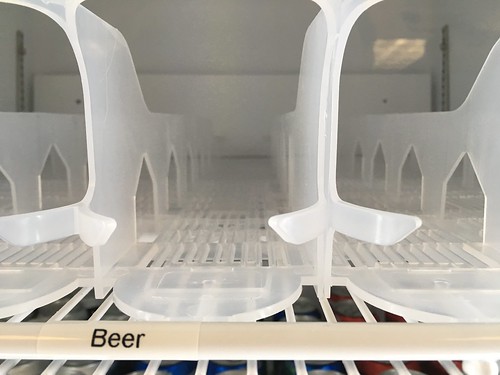 I suppose that I no longer work at a “hip, happening” startup, at least by the current state of our beer supply. I have not been told that the beer will not be replenished, but it’s been over a week since any has graced the refrigerators.

Birthdays All Around
Last night I was asked to take a photo of two women who’d not seen each other since grade school. While not polite to ask a woman her age, I’d guess that these women were old, like older than even ITP-Reader Barb! 😀 (fear not, if I make it to Saturday I join you again Barb). What I didn’t realize at the time was that today is one of those women’s birthday. After the photo was taken and she had returned from the bathroom there was a small piece of cake awaiting her. We sang a terrible rendition of “Happy Birthday”, not as bad as the hash’s rendition however.

I fully expected that Hank had forgotten that my birthday is this Saturday since he said nothing like “Hey, it’s his birthday on Saturday!” at the time. However, when I went to pay my check one of the beers was missing — Hank had asked that one of mine get put onto his tab as a birthday present. Nice.

Keeping A Schedule Like Deutsche Bahn
I’m sure that there is a German word for “a person who is constantly unprepared for situations” and next to the definition there would be a photo of me. I am clueless to explain how I am once again scrambling to get ready for another German class. And you may think that being in German-speaking countries for two weeks would have been beneficial, but you’d be wrong.

Happy Tuesday to you all.

18 Responses to Failures And MisInterpretations