I fully expected to be writing this blog post while seated at the Waschsalon. I arrived early, as I am wont to do, and the hoofed it down to Krispy Kreme where I consumed a “New York Cheesecake” doughnut before hoofing it back to the Waschsalon with a cup of coffee. My plan fizzled out when after waiting for fifteen minutes past the advertised opening time there was still no sight of the employee responsible for opening the doors. Harumph! 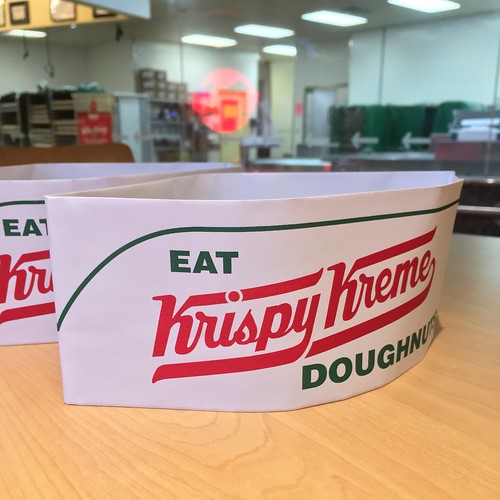 And I wonder why I don’t lose weight…

Three Early, And Wise, Men
Tardiness was not the case yesterday when ITP-Readers John and Steve, and myself were at the corner of Crescent and 11th before our agreed upon meetup time.

John drove us to OK Cafe where we were met by ITP-Reader Barb and Allan for a lovely, and rather filling, lunch. In case you are wondering I ate the meatloaf Blue Plate with sides of macaroni & cheese, and a baked sweet potato. And I wonder why I don’t lose weight…

Last night’s German class was okay, though I am still not dedicating enough time to mastering the language.

This term one of my cohorts and I have been grabbing a few beers post class — great just what I need, another outlet for beer drinking. 😉 And I wonder why I don’t lose weight…

Last night we wandered from Colony Square over to Front Page News. On our way two very attractive, but married, ladies asked us if we knew where Crescent Avenue was. Of course we did, we were headed there ourselves. My cohort tried to chat them up as we wandered to the bar. He was dressed nicely in a white shirt and tie while I looked like a 52-year-old schoolboy wearing a backpack and ill-fitting clothes. They were from out of town, one from Seattle, the other from Dallas. They were in Atlanta for work, though I did not here which industry. They were looking for cocktails, not beer, and had already eaten at South City Kitchen. Blah, blah, blah. My cohort, who lives in the neighborhood, gave them the low-down on all of the bars/restaurants along the stree. At Front Page News my cohort asked me “Were you afraid to talk to the women?”. “No, I noticed that they were married and that they had little interest in joining us for a drink, so I didn’t want to waste the effort.” I answered. My answer was heartfelt, but I some times wonder “Perhaps if I would just lose some weight…”. Nah it’d make no difference!

Now that I am in the office of “XYZ Corp” I should get some work done. Make it a great day my friends.