I’ve Now Been To Bowdon, GA

Remember how I mentioned trying something new this weekend? Well, driving out to Bowdon, Georgia to visit the newly-opened retail outlet for Redbeard Brew Bars is what turned out to be the “new” in my life. Bowdon is not small, it’s tiny, and from what I saw of the two-block “downtown” (at least I think I was downtown) it has seen better days. To open a retail establishment in an area where little else is open seems risky, but I wish the folks at Redbeard all the best.

While roaming the small store I had a chance to chat with the owner, a really nice guy nicknamed “Red”, as one would imagine. He offered me a cup of coffee, which I gladly consumed on a chilly morning.

Here are two of the things I purchased from the store:
“Redbeard Brew Bars Handcrafted Soap” (Atlanta, GA, USA) 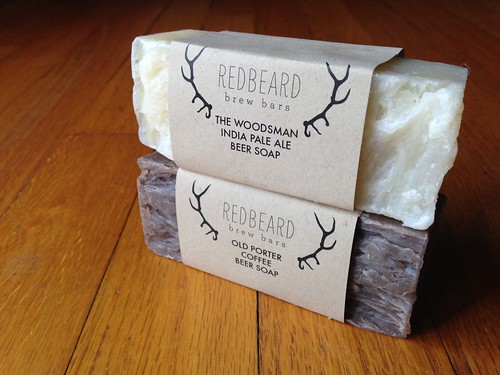 I was hoping to find photo opportunities on this excursion, I did not, and on my return trip I decided to gamble on a way toward Atlanta that would avoid the eastbound traffic backup that I witness on my way out to Bowdon. As I travelled along Newnan Road I was stunned to realize that I was on the same road I travelled on last year to go to Big Nerd Ranch training at Banning Mills in Whitesburg, Georgia. It’s a small state after-all.

Friday Night Was Fun!
I had a blast with ITP-Readers Debbie, Steve, Barb, and non-ITP-Reader Allan at Red Hare Brewery and then Tasty China. The beer was delicious and the spiciness of the food was outstanding. Of course on Saturday my body scolded me for overindulging on each.

The Early Bird Heard The Entire Set Of The Band That Started Thirty Minutes Early
According to website Hey Rosetta! was to take the stage at 8:30pm. Because I didn’t want to wait around for an hour before the band started I attempted to plan my arrival time for 8:00pm, and then with the time it takes to park, etc, I shouldn’t have had to wait too long. Besides, bands never start on time…

Parking at Center Stage / The Loft / Vinyl is a fucking nightmare, but I managed to get a spot and patiently wait in line to pay. I had time, so why rush?

I was confused by the loud music I heard as I climbed the stairs to The Loft and then SONNABITCH, Hey Rosetta! was already on stage! According to the bartender I missed about ten minutes of their set. I couldn’t have been the only one because the place was fairly empty when I entered and at least half-full when their set ended around 8:45pm.

This is the second time I’ve heard Hey Rosetta!, each time as an opening act. I hope that someday I get to hear them as the headliner.

Because I was not familiar with Stars’ music I stayed for two songs before deciding to skip out and do a little late-night grocery shopping at what turned out to be a nearly empty Sage Hill Kroger.

If The Pants Don’t Fit
Yesterday I tried on pants that used to fit, but no longer do. I know, you’re thinking that I’ve lost so much weight that they were baggy, right? Nope, quite the opposite. So I punished myself by staying home, watching football, and not allowing myself to go out to eat and drink beer. I probably should have forced myself to drive up to do laundry, but that is in the cards for tonight. Weeee!

6 Responses to I’ve Now Been To Bowdon, GA