After drinking and eating at Lucky’s in Brookhaven I stopped into the massive Kroger in Brookhaven to do a little shopping for today. I don’t know if I have been into this Kroger since they consumed the post office that once resided in that shopping center. It is massive!

I picked up a 7.5 pound pork butt, hehe I typed butt, from which I hacked off a ~1.5 pound portion for this weekend and put the rest into a crockpot along with some apple cider vinegar and spices (here’s the recipe I follow) at 1:00am to start cooking for lunch today.

ITP Flickr Pic
“All That Was Missing Was A Person In A Fedora And Trench Coat Standing Under The Light” (Atlanta, GA, USA) 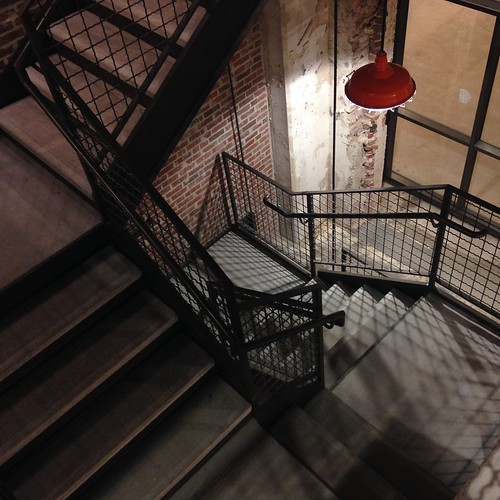 I took this shot while in Ponce City Market last week.

Beware Of The Internet Today
Look at your calendar and think about what you see.

Google Maps Pac-Man?
Yesterday I discovered that Google Maps now has an option to play Pac-Man on the portion of map at which you are looking! 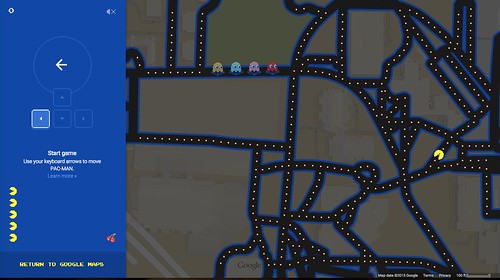 That’s part of the Georgia Tech campus laid out as a Pac-Man board.

Thanks For The Feedback
I found yesterday’s discussion about Ace Hardware stores to be fascinating. One of the reasons for this is that I have a need to buy two short wood screws in order to put up a paper towel roll holder that has been sitting on my kitchen counter for at least three months now. I sense a trip brewing on Saturday…