Did You Miss Me?

[Update: Thanks to WordPress’ naming conventions I just realized that this is the third time I’ve used “Did You Miss Me?” as a title. I need to work on my creativity.]

I had every intention of posting on Friday, but time did not allow for it. I was up early, but had to pack my car. I started mowing the lawn(s) a little after 9:00am, and when I was done I had to take a quick shower and hit the road to beat the impending storms that were determined to arrive earlier than originally predicted. I couldn’t blog from the road, or during my only two stops for food and gas. And the grounds used by the Lake Eden Arts Festival are a black hole for AT&T cell coverage.

Today’s Daily Challenge
Hold a towel in both hands overhead. Lower one arm behind you, alternate, and repeat five times.

When we’re not using the full range of motion of our shoulder, the muscles and tendons that allow our shoulder to move (called the rotator cuff) can start to feel tense and stiff. Stretching out your rotator cuffs and shoulder joints can reduce the tension.

How Was LEAF Like An Oreo Cookie?
It disappointed me on both ends but had an enjoyable middle.

Up until Friday all weather forecasts for Black Mountain, North Carolina that I saw said that Friday would be nice, Saturday would have rain, and Sunday would be hit or miss. Not minutes after I parked the Jackmobile on the Mountain Top of LEAF the rain started. With the help of ITP-Readers Lisa and Randy, who beat me there by about a half hour and had already erected their tent, I was able to get a make-shift version of my tent up before the heavy stuff started. The rain subsided long enough for me to finish the job (as correctly as I can) and for us to walk down to the music, food, and arts area. The boys (literal boys, not Randy or me) wanted to get henna tattoos, so we walked over to the tent where they’ve gotten them before, and while there the skies raged with rain for about an hour. The proprietors of the tent were nice enough to let us wait out the rain with them. After walking back up the hill in a light rain I inspected my tent and decided that enough water had penetrated the rain fly, and I slept in the Jackmobile like I used to years ago.

Interesting side note: Parked next to me were Atlanta hashers Pornacopia and Rimerlick, as well as some friends of theirs. This proves yet again that no matter where you go you can never get away from the hash.

Saturday was a mixed-bag of weather, nice at times, pouring rain at others. Things finally started to clear up around 8pm, and the temperature dropped with the passing front. We all wandered down to the lake area and ate dinner as we watched the fire show. After returning from all of the fun I looked inside of my tent to see that the inside of the rain fly was soaked, and knowing that the the temperature was to drop more realized that condensation would be my enemy, so I spent a second night in the Jackmobile.

Uninteresting side note: Although it’s rather awkward, I sleep well in the Jackmobile when I use it as a tent.

Sunday was foggy at first, but then became the most beautiful of days. We meandered down to the music, food, beer, and arts area where we wandered around for awhile before the boys (all of us) went on the zipline that dumps you into the lake.

Anticipated side note: With only three lines, the Raleighites all went down together and fat Paulie zip lined solo. I hit the water way too early, I need to shed some weight.

Sunday was supposed to be the day that I finally saw Los Lobos play. I was excited, at least until I looked at the schedule and saw The Family Stone slated for the same timeslot that Los Lobos was supposed to occupy. I asked around to find out what was going on, but no one seemed to know. Somewhat disappointed I packed up my tent, and cleanup up the Jackmobile, and headed home around 3:30pm, arriving in East Atlanta a little after 8:00pm thanks to the inevitable wrecks that occur on I-85 South around Mall of Georgia on Sunday afternoon/evening.

End note: This morning I read the email that said Los Lobos had to cancel due to family matters and that LEAF was thrilled to have The Family Stone take their place. This email was sent out on April 16th, I guess that I never got around to reading it until today. 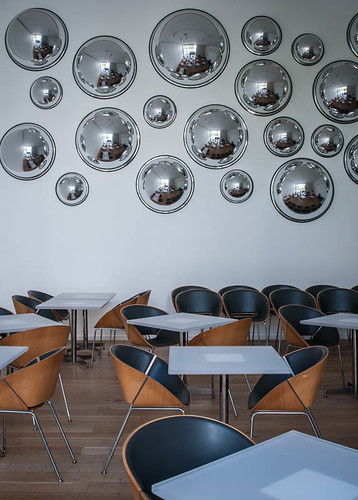 Since I shot exactly zero photos at LEAF I need to shoot some stuff today for the blog.

My First Harry’s Shave
I received my first razor / shaving cream order from sometime last week but never got around to unpacking it. I didn’t shave all weekend so I figured that I’d give the new kit a chance to impress me by clearing off a few day’s worth of stubble. While I like the job it did overall, the multi-blade design makes it very difficult for me to attack the nooks and crannies that exist on my face. I’ll continue to use the handle and blades, and if things improve it’ll be my razor of choice for awhile.

How You Doin’?
No, I didn’t meet anyone at LEAF, I just want to know how you are doing?

Today’s Personal Project
Start cleaning and clearing out my basement.

Stats & Goals
Daily
Current Mood – Okay, need to catch up with what’s going on at work. And though I probably would have hated trying to get to Atlantic Station and wanted to kill the crowds I’m kinda sad that I missed the Shaky Knees music festival.
Current Music – silence at the moment
Website Of The Day – You may be amazed to find it’s taken me this long to finally admit that I need to start using Spotify.
Mode Of Transportation To Work – my car
Exercise (b)Log – a lot of walking all weekend
Morning Weigh-In – Arg, I keep failing to jump on the scale

6 Responses to Did You Miss Me?