When you read this I might be on my way homeor I may have arrived and am dead tired. 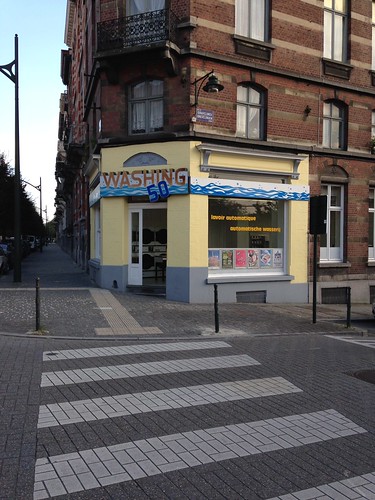 At The Hash
I saw a few Atlanta folks at registration but hit the mother lode when I arrived for dinner.

“Wee!” I heard, and there were a dozen or so of the Atlanta hashers with whom I used to hash and will again going forward.

Friday night I drank too much beer and by 1am I was actually dancing prior to catching the shuttle bus back to my hotel. Thankfully I don’t think there were any video cameras in action. 😉

I also managed to hurt my right foot on Friday night â€” stumbling while climbing the stairs from the bathroom â€” stupid beer. 🙂

On Saturday I walked the DC Men’s hash which took us around the Waterloo battlefield. It was a lovely four-mile walk.

Saturday night was much more subdued; I got back to the hotel around 10:30pm.

Yesterday, hurting foot be damned, I ran the Black Sheep Hash. The Black Sheep hash was fun, and had its fair share of deep-black mud; my shoes will live out the rest of their life in a European landfill.

Isn’t It Ironic
I put the bottle of wine I purchased in Bamberg into the refrigerator in Brussels with all intention of drinking it.

Then I realized that I had no corkscrew, so I bought a cheap one at the nearby Carrefour Express.

The I noticed that the bottle has a screw-off cap.

Then I never was in the mood to drink Riesling.

The unopened bottle is in my luggage, let’s see if it survives the journey.

Is It The Current?
I may figured out that my iPhone has been acting crazy only when it’s plugged in to a wall socket. I have a EU-approved outlet converter, into which is plugged an official Apple wall wort, into which I have a third-party lightning bolt cable.

When plugged in typing becomes erratic and screen taps are inaccurate. When not plugged in everything seems to be normal, well as normal as things get for me.

Since I have never really been a long-term traveler I have found that this feeling of “This has been fun but I think I am ready for it to be over” is not uncommon.

7 Responses to Well, It’s Over