I Guess I Don’t Like Talking About The Past?

Last night’s German class slammed me directly into a virtual wall. For whatever reason I just could not wrap my head around thinking/speaking in the past-tense and struggled all night long. The teacher even was confused because up until this point I was having the ease of a student who was taking a course in order to improve his GPA. Due to some new Top Priority pressures at the 9-to-5 I don’t know when I’ll be able to make the time necessary to come up to speed today, but I really must if I don’t want to feel as illiterate as I felt last night again. At this point the once-a-week class is looking so inviting, as long as I can dedicate the appropriate amount of out-of-class studying necessary to stay fresh at that pace.

ITP Flickr Pic
“A Peek Of Midtown From Colony Square” (Atlanta, GA, USA)
I was goofing off with the new photo editing capabilities of iOS 8 last night. 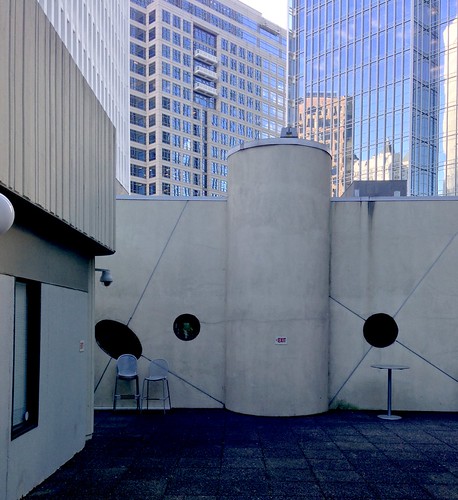 I wish Yahoo’s tools allowed for me to level this photo. As you can see performing this task on the iPhone 5c was ham-fisted at best.

Will It Bend?
For years people have been frequenting the site Will It Blend? to watch gadgets get destroyed by an industrial-strength blender. News stories are beginning to circulate saying that the new iPhone 6 has bending issues. Certainly someone has captured that URL and should be making fast cash in the coming days by capitalizing on this phenomena. Looks as if I’ll be sticking with my 5c a little longer, not that I ever put my iPhones in positions where bending could possibly occur.

Okay, time to write some code…

15 Responses to I Guess I Don’t Like Talking About The Past?