I’ve not much to say today. Think of all of the things you can accomplish now!

Last night I was a stud in The Colonnade. Not only was I at least ten years younger than the average male having dinner, I was the lone male sitting at a table of seven. As a further oddity I was the only non-former Turner employee at the table. Most of the women at the table had been laid off, though some also left on their on accord.

“One Of These Things Is Not Like The Others” 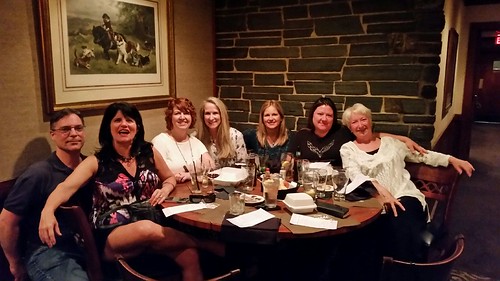 My meal consisted of chicken fried steak, mac and cheese, Brussels sprouts, and too many rolls/mini-cornbread. The chicken fried steak was different than any that I’ve had previously; the meat was a solid steak and not a piece of pounded, or ground beef as is normally the case.

Tonight I’ll be making my way to Decatur to meet up with Tamara and Diane, and a couple of other friends of mine that I’ve not seen in ages.

Have a great day, friends!