Greetings “Containment” TV Viewers?
Yesterday’s blog post had an unusual comment; it said “insidetheperimeter.com featured on the â€œContainmentâ€ TV series!”. At first I thought that this was a complete spam comment until I found that Containment is a real TV show, about Atlanta. Unfortunately “Containment” is not the type of TV show that I would normally watch, so I can’t verify that this URL has been used, and if so, in what context. I’m sure if my URL was used in the show it wasn’t to highlight a self-loathing post-Baby-Boomer, pre-Gen-Xer such as myself. (I tried to research in which category I fall, but it appears that most researchers end the “Baby Boom” era in 1964, and start the “Gen X” era in 1966. Of course I was born in 1965).

If you have seen this URL used within the TV show “Containment” please feel free to tell me how it was used, or in which episode it was used, in the comments below.

Shame On Me
Yesterday, May 3rd, I realized that I had mentioned doing a “Shot a Day in May” project and had yet to take a single photograph. The plan is to take a shot each day with my Nikon V1, but I didn’t manage to do that yesterday. Instead here’s a shot I took in Publix of something that humored me. 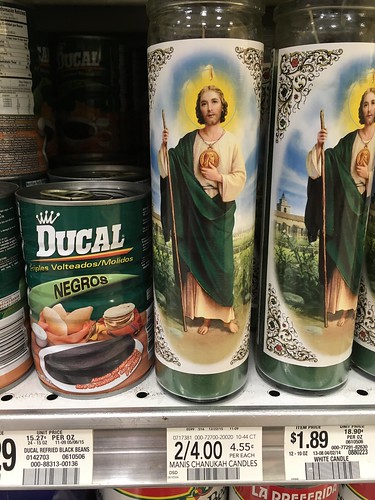 Baby Got Bike
I brought my bicycle to work with me today in hopes of getting a ride in after work. Of course it appears that it’s going to be windy again this afternoon, but I really, really, need to start ramping up my mileage.

Spending It All Now
Buying tickets and registering for events now, before the belt-tightening really goes into affect later this year.