It Was A Wonderful Night

I had a great time hanging out in downtown last night. Even though I had to fork over $12 to park because I chose to drive instead of rely on MARTA, the experience of having two $3 beers in downtown followed by a $15 wine flight and snacks at Nikolai’s Roof with friends, more than made up for it. ITP-Readers Stacy and Claire, Allan, and I met for a couple of pre-happy-hour drinks at the now-oddly-placed “Braves All Star Cafe” in downtown Atlanta. Summer of fun has begun!

Downtown Atlanta is such a different place than the downtown of my twenty-one-year-old memories of when I worked for Georgia-Pacific in 1996. 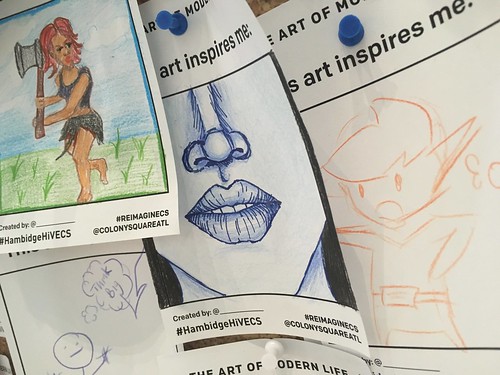 This is a snippet of the art that has collected inside Colony Square. Some of the drawings put up on this board were quite well drawn.

ITP-Reader Stacy has sent me many great photos that she took last night, I was too pooped to download them and the upload them to Flickr. Tonight, tonight.

Another short and sweet blog post today… Sorry. Have a great Thursday.

23 Responses to It Was A Wonderful Night