My First Day Of Failure

I might have to declare yesterday as my first day of real failure.

The day started early by making the short walk from the hostel to the train station to purchase my ticket to Augsburg. There were two direct options, I chose to take the 1:14pm option instead of the 9:48am one so that I didn’t have to rush around yesterday. Turns out I should have rushed.

I waited around shitting in the shade, then at the platform eating a pretzel for lunch. I was due to arrive in Augsburg about 4:00pm. And then about fifteen minutes before my train was due to arrive we were all informed that the train had been canceled.

Given that I am on vacation I shrugged my shoulders and found someone to confirm that I understood the announcement in German correctly. I then looked over my shoulder to see a young woman starting to cry because she had an appointment that she needed to keep. What was she going to do?

We all went to the Deutsche Bahn information window where they announced to us that we should rush to platform 3 to catch a train to Mannheim in order to then get a train headed to Munich (Augsburg is the station just before Munich). In case your German geography isn’t that great, Mannheim is in the opposite direction from Munich when you are in Heidelberg. I followed the crying woman because I knew she’d understand what to do.

In Mannheim I walked to the Deutsche Bahn information window where the woman told me that I should hurry to platform 8 to catch the train that was due to leave in five minutes. Fortunately I made it on time.

Fortunately the train was not crowded because technically I had no ticket for this train, and the fact that I had paid for a reservation on a different train had no bearing. I found a seat that had no reservation, and claimed it.

At one point in the journey I feared that I was supposed to get off the train and transfer to another, because the train backed out of the Stuttgart station into which it had pulled, on its way to Ulm and then Augsburg and Munich.

I made it into Augsburg after 5:00pm, found my hotel, and then went out for a beer and food. As I mentioned in yesterday’s comments one beer turned into three (large) beers. I ate another plate of Wiener schnitzel with fried potatoes and onions.

Admittedly I was a little inebriated leaving the bar. I walked around a bit, coming across the biergarten suggested to me by the hotel staff (oops), and then returned to my hotel at which I spent the rest of the night. 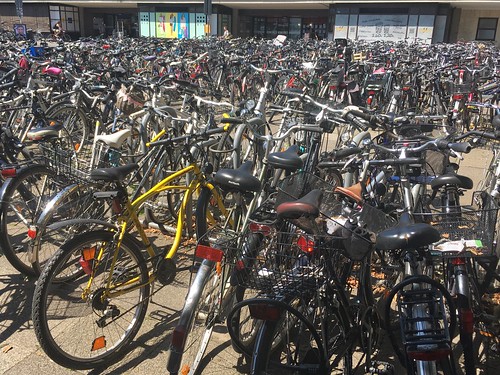 These bikes were parked outside Heidelberg’s Central Train Station. I’m sure that more than a few of these have been abandoned, but still… 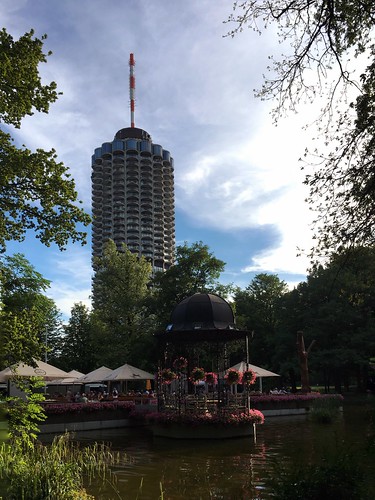 During the short amount of wandering I did after eating dinner I came across this bar.

All I Wanted Was A Pepsi
My only desire after waking up from an unscheduled nap was a Pepsi. I would have settled for any sort of cola, actually. I could have forked over 2.50â‚¬ for the tiny soda in my hotel’s minibar, or I could have gotten dressed and gone out to a store to buy one, but instead I decided to punish myself for my over-indulgence. No Pepsi for you! Or me, in this instance.

I’ll be in Augsburg until tomorrow morning, at which time I will head to Vienna for the hash. Hopefully my journey will be less eventful than yesterday’s.

Have a great Thursday, friends.

19 Responses to My First Day Of Failure