Making My Way Back To Germany

Hello from my train from Vienna to Frankfurt where we are clipping along at a pleasant 180km/hr (118mph) pace. I waited to write this morning since my train departs at 8:50 local, and if on time, will arrive at 15:30. Fortunately I am in a “quiet car” which may mean that I won’t have to deal with much noise on this journey. Nope, someone brought a screeching baby in to the car… 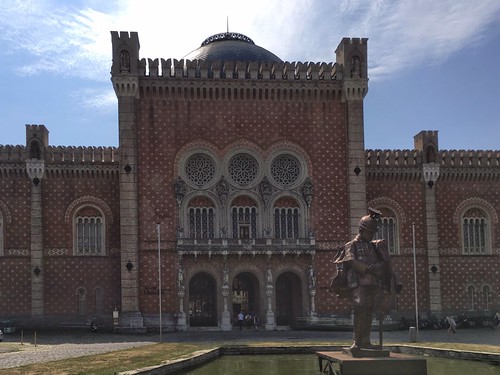 Because of hashing, and my decision to not take my camera on trail, this is the only photo that I have to prove that I was in “Vienna”.

Through Much Disorganization The Hash Was A Success
You know, it’s funny. This weekend I saw people who live in Atlanta but I never see there. For example, I saw Snail Trail, who I haven’t seen since Brussels in 2014!

I arrived later than desired on Friday, ditched my luggage in my hotel room, changed into a hashing t-shirt, and ventured out on foot to the venue where all of the hash activities were to take place. I hung out with the Atlanta hashers who were present, and said hello to those who don’t live in Atlanta and I have met on previous travels.

Saturday morning came early, and brought with it the only hangover I have suffered on this trip. We were to meet at 8:00 to get shuttle buses to the venue, where we’d then board a bus to take us to our desired hash. You’d think that those who organize these things would have been to enough hash events to understand bus organization. Unmarked buses led to confusion and some frustration. A group of us wound up doing a different hash than originally desired. I must admit that the hash I wound up doing was fun; about 13km of up and down past many pretty scenes. Had I been smart enough to bring my iPhone I would have some good photos to share with you.

Due to no fault of the organizers the Saturday night dinner was a bit of a clusterf*ck. Apparently the power on the entire block of the venue had gone out, leaving the organizers with no option for heating up food. I ate a late appetizer and then joined Deposit Slit, Oops, Slippery When Wet, Spermier, Dave Crochet, and Choo Choo for pizza.

Having not done sufficient planning I didn’t realize that Saturday was the only day of “real” hashing. There was a “hangover hash” which meant that I’d be on a city walk to the venue. Perhaps if we were in the main part of Vienna this would have been a scenic tour, but alas it wasn’t really.

I Found Le Tour de France On TV
After the close of the hash yesterday I broke off from the Atlantans and headed back to the hotel. When I saw that I was back in time to watch the Tour live I turned on the TV for the first time. After channel surfing for a minute I found the German broadcast. Cool. Of course I passed out for awhile but woke up in time to watch Ritchie Porte have a horrific accident, one which I still can’t understand how it occurred.

I’m Ready To Get Off Hotel WiFi
The last two hotels I’ve stayed in have had abysmal WiFi speeds. I understood that I could “upgrade” my internet speeds at InterCity Hotel in Augsburg, but the Hotel ZeitGeist had no option for this. In Vienna I think that the position of my room, at the end of the hall, may have been the culprit for my slow speeds.

I am also feeling ready to sleep in my own bed again, though I am not looking forward to continuing a life without quality air conditioning. When I get back to the US I will have to start enacting some of the life changes that I have been delaying.

Happy Monday to you all! Hope your weekend was fun.

26 Responses to Making My Way Back To Germany