Yesterday was a fine day. I managed to rid the ITP Estate of most of the recyclables, CHaRM balked at my dirty plastic compost bags this time. After CHaRM I kidnapped Bonnie for a trip to Dollar Tree; might as well shop there until it’s forced to close and vacate the space.

I remembered yesterday why I stopped volunteering for Trees Atlanta as well. In the go go days of the early 2000s it seemed pointless to plant one hundred small trees every weekend while developers were allowed to clear cut acres of land, taking out thousands of mature trees. As we drove to CHaRM I witnessed that pattern again, because the land around CHaRM is being clear cut for new “near the Beltline” housing. Ugh.

After Bonnie and I parted ways I returned home to do a little puttering around WLF, and scooped up three more bags’ worth of leaves for future compost. Oh, I also claimed two whole pumpkins that were on someone’s curb, and diced one up for my compost; the second one will receive the same treatment in a few weeks. 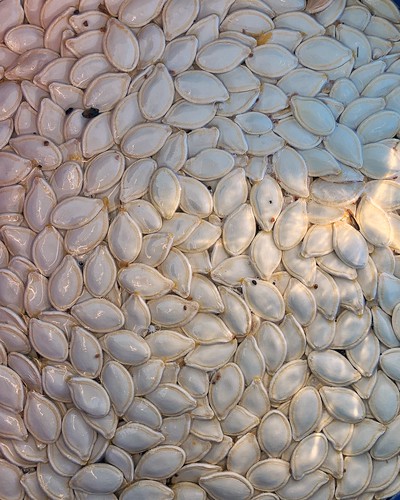 I think this would make for a good, and frustrating, jigsaw puzzle. ðŸ¤“ðŸ˜‚

Last night I ran SLUT with Bonnie. After all the bitching and moaning that I did about a lack of vegetarian food I accidentally ate meat because what I though were some bastardized vegetarian beans was really chili with meat in it. I tried Universe, I tried. ðŸ¤·ðŸ»â€â™‚ï¸

This weekend will be mostly about hashing. As of now I am expecting to hash tomorrow, and will certainly be going to Black Sheep in Suwannee as it will be my 190th Black Sheep hash (just think how many I would have if not for my bicycle wreck ten years ago that cause me to stop hashing for seven years ðŸ¤¯).

Of course I will be walking with Betsy and Bella tomorrow morning too.

And tonight I will be sitting around a fire drinking beer even if it’s not my own fire pit around which I will sit, though it may wind up being mine. Who knowsâ€¦

Have a stupendous weekend, taking advantage of this great weather while it lasts.