That’s right, to no one’s surprise my decluttering efforts were poor. In fact, if you look at the basement I may have gone backwards…

At some time on Saturday I decided that I was going to stay home instead of going out to eat/drink, you know, to save money and stuff. Upon making this decision I thought “Oh good, I can catch up on Top Chef and The Amazing Race tonight!”

On a positive note: I have installed the new, faster router, and I’m caught up on “The Amazing Race” and “Top Chef”! Now I just need to clean up the mess I created in the basement.

Hey! Beer Man!
On Saturday morning, pre-networking fiasco, I ate a lovely breakfast at Radial Cafe before heading to my shift at the Georgia Craft Beer Festival in Candler Park. I chose to return to Radial Cafe for the first time in years because of its proximity to the park. I never had a reason not to return, I just never had. Since my last visit the inside of the space has changed drastically, for the better I’d say since I normally eat alone. Now there is a large bar at which one can sit and eat. And that is what I did.

As I am wont to do I was an early arriver for my shift at the beer festival. This is rarely beneficial, but that’s never stopped me previously. I checked in, got a wristband, and was told that there was nothing else for me to do other than be at my assigned table by noon. It’s a good thing there was plenty of time for me to roam because in doing so I met about five Georgia breweries I’d never heard of previously, as well as found out that there was a free volunteer t-shirt I was supposed to get (and wear while pouring) in addition to my “tasting glass”.

I never realized that it’s against the law for the brewery representatives to pour beer at festivals, hence the need for schleps like me. I always assumed that the reps wanted to be able to meet-and-greet, and that volunteering was another way to allow cheapskates like me to attend.

I had a great time pouring for Savannah Beer Company. It’s a good thing that I don’t have an inferiority complex (insert joke here) because as I found out once my shift was over ours was one of the only booths that did not have a line or two at least ten people deep at all times. Maybe I’m just a more efficient beer pourer than all of the other people? I don’t know. Maybe it was a lack of signage in our booth? All I will say is that Savannah Beer Company is better at brewing beer than they are at marketing.

At 3:00pm my second-shift relief arrived and I tagged out, only to discover the long lines at every other booth. I managed to get one pour from another vendor before quickly running out of patience and returning home.

SUNDAY, Sunday, sunday
I did all of the maths on Sunday and it worked out that staying home, eating breakfast (and eventually lunch) before heading to The Midway Pub was the way for me to go. So, I sat around watching the Falcons look awesome, and then eventually awful. I was honored to have ITP-Reader Steve stop by on his way to Grant Park, a place I never made it to yesterday, before I walked up to The Midway.

At Midway I met up with ITP-Readers Stacy and Betsy, watched the Falcons collapse, and drank a few beers while watching some other sport known as “soccer”. It was a lovely day and I realized that by the time I arrived home that I was in no mood to go to Grant Park (sorry ITP-Reader Bob, but by the time I could have gotten there all would have been over anyway), and plopped my ass on the couch to watch more football (read “take a nap”). I didn’t do much else all day. 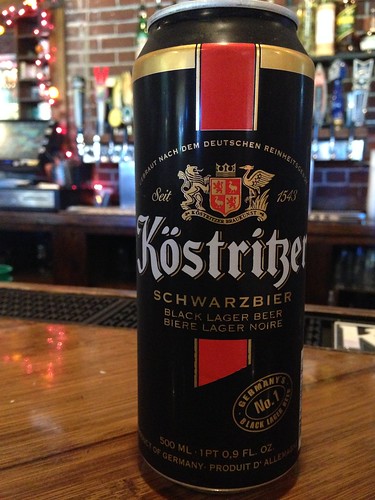 I did manage to practice a little German yesterday.

Something On My Body Is Running
Unfortunately it’s my nose again. Stupid colds.