Not My Cup Of Tea
I went to the Hertz Stage last night and kindly left at the intermission.

Let’s just say that “The C.A. Lyons Project”, while extremely well-performed, wasn’t for me. One thing that did fascinate me about the play was that it contained a deaf character who only “spoke” in sign language. There was also a group of deaf audience members, and to sign-language interpreters seated off to the side in a location that they could see and still watch the play.

Because I left early I was home before 9:30pm where I promptly snuggled under warm blankets and was asleep around 10:30pm. 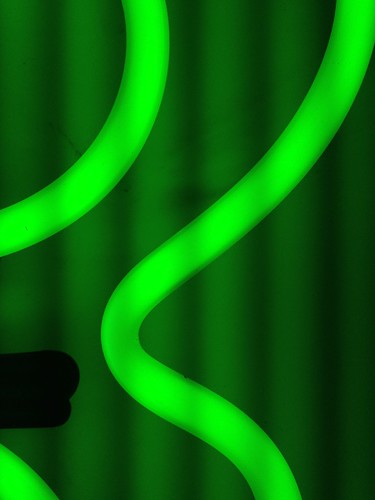 The sixty-cycle hum, also known as “hertz”, as captured by an iPhone 5c of nearly the same color. This photo is part of the Hertz Stage’s neon sign. I suppose I could have titled this as “Hertz At Hertz”. Had I a photo of a Hertz Rental Car in the photo as well I would have completed the trifecta.

No Slacking This Weekend
Though the weather is looking less than ideal I will be out and about much of this weekend. ITP-Readers Steve and Debbie, again I apologize for not making down to Moreland. In addition to working I will be attending a play at Theatrical Outfit on Saturday night. On Sunday I’ll be dim sum brunching for Chinese New Years and, weather permitting, attending a Chinese New Year celebration at my friend’s grocery store on Buford Highway.

No rest for the weary…