I’ll Miss The Heat, But Not The Humidity

I stole a ride this morning. During a “normal” week Tuesday is a rest day, but I consulted the weather map this morning and decided to skip my 8am conference call and get a ride in before the predicted rain arrives later.

As rides go this one wasn’t too bad, save the amount of moisture in the air which caused an equal amount of moisture to spill from my body. It was also one of those rides where if a car could pop out of a driveway/corner and cause me to slow down, it did. Oh well, speed kills, right? 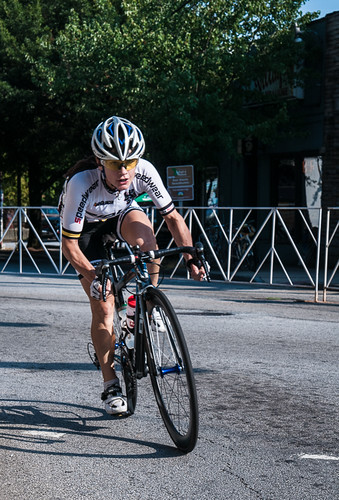 A Monday Of Chores
Because of the weather last night I decided to make multiple store stops along my journey home. My first stop was Costco where I ate a cheap dinner of a slice of pizza and beer, and then picked up a couple of needed items. From Costco I stopped at the Target in Buckhead, mostly because it has covered parking and it appeared as if it were going to rain. In Target I picked up a shopping bag’s worth of necessities and after finding one of the two registers that were open I checked out.

The rain arrived in buckets on my drive home from Target. I am always humored about how dirty a car can look even after getting soaked by rain. I guess I’m going to have to wash the M6 soon…

Oh Yes It’s German Night, Oh What A Night
Somehow Tuesday has rolled around again and it’s time for me to return to my German class. I spent a few hours last night doing what proved to be a difficult homework assignment because it included listening to some audio in which the people spoke quickly (to me) using words that I didn’t know.

Tonight is class seven of ten, and I am already looking into registering for German A2.2.

8 Responses to I’ll Miss The Heat, But Not The Humidity