By the time I arrived home yesterday it was nearly 5pm. Our flight had a bit of a late start, we apparently were flying into headwinds most of the way thus making the flight’s duration about nine hours and forty minutes. Ouch.

I will say that having Global Entry is well worth the $100 for five years, though. I was through customs in no time!

And then I had to take the ridiculously long bus ride from the international terminal to MARTA. Holy cats, I think that bus ride is longer than the distance from the airport to my house.

I took MARTA trains to Edgewood/Candler Park and then called a Lyft to get me home.

When I arrived at the house I saw this, 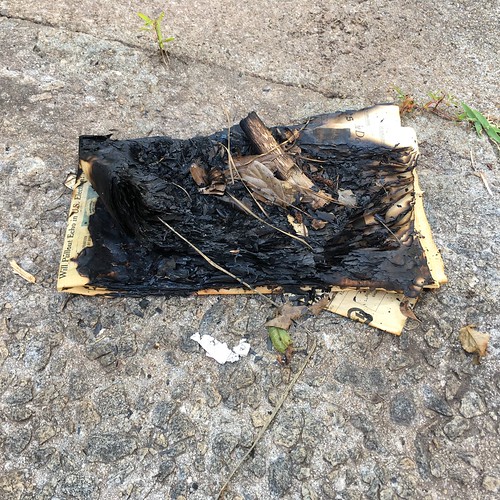 a charred newspaper in my driveway. WTF?

Think back to two weeks ago when I fretted over something that I feared to (not) do. That thing was locking the M6. For some reason it never dawned on me to double-check to ensure that I locked the car, until I was at the airport.

Fortunately, I had remembered to lock the M6 so all was well with it.

In checking the M6 I found a small, dead bird in the carport. Oh boy, it’s as if my house was being used for all sorts of satanic rituals while I was away!

ITP Flickr Pics
I’ll pepper each day’s blog with a photo or two, trying to give the story behind each.

Today we’ll start with my white whale in Sankt Goar, this castle: 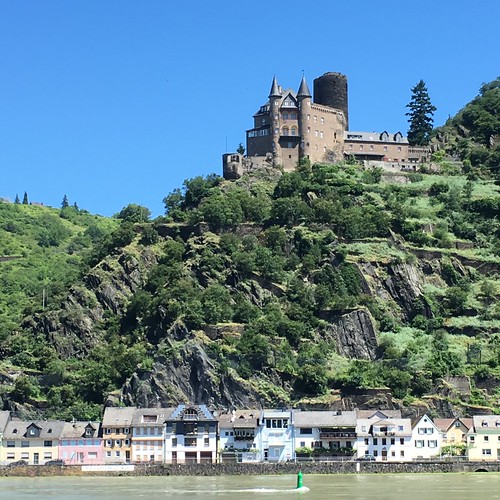 This is the castle I was told I could walk up to, but was not told about the long stretch of road ahead before I could start climbing the steps.

Here is another perspective showing just how far I walked before getting to those steps: 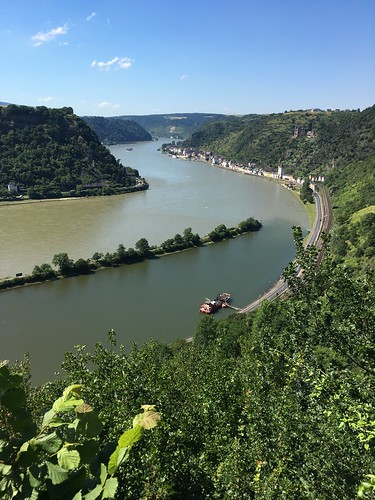 I took this shot when I had realized that I was never going to make it to that castle (seen in the distance in the upper right hand side).

Feeling The Lag
I tried my hardest to stay awake last night, I think I made it until about 7:30pm, which was 11:30pm German time.

I was awakened by the loud ringing of my phone, my mother calling me at 9:30pm to ensure that I arrived home safely.

Sleep was an on-and-off again proposition, as one can expect when waking up in Germany and going to sleep in the United States.

I used my time-shifted body clock to my best advantage this morning by going out for a 25-mile bike ride this morning. Seems like a bad idea right now… 😉

Work Is Calling…
The blog is already “late”, I need to start catching up with work. More tomorrow.

7 Responses to Living On Deutschland Time