Well, not really. While I did get out of the house an hour later than desired I just returned from a 35-mile bike ride out to Stone Mountain and back. I’ve budgeted an hour for blogging today before I go out and mow the lawns. After that I’ll finally be able to take a shower and will reward myself with lunch as part of a trip to Decatur to go to my bank; unless I decide to use the power of modern technology to deposit my check via my phone, in which case I may wander up to EAV for lunch. Being unemployed provides so many options…

A Good Day Yesterday
I met up with ITP-Reader Barb and Allan for lunch at Las Tortas Locas. Afterward I drove Allan up to his folks place where he was to meet up with family. From there I wound my way back home, getting some things done prior to going out again for German class. Fortunately for me this summer semester is going slowly, so my absence last week as well as the one I will be having next week do not seem to be hampering me as much as I feared. 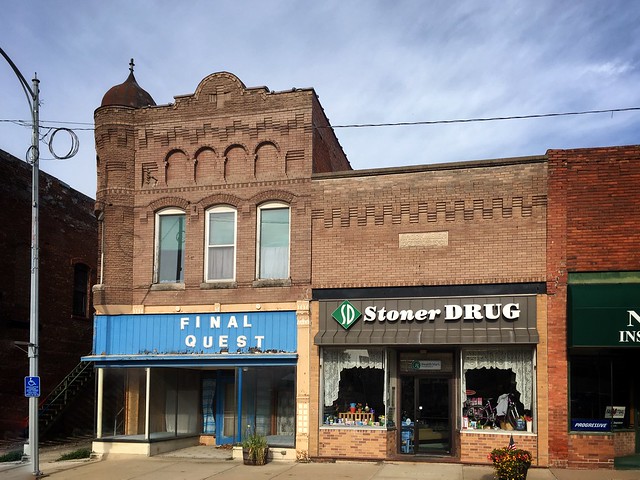 I couldn’t help but take a picture of a store called “Stoner Drug”. 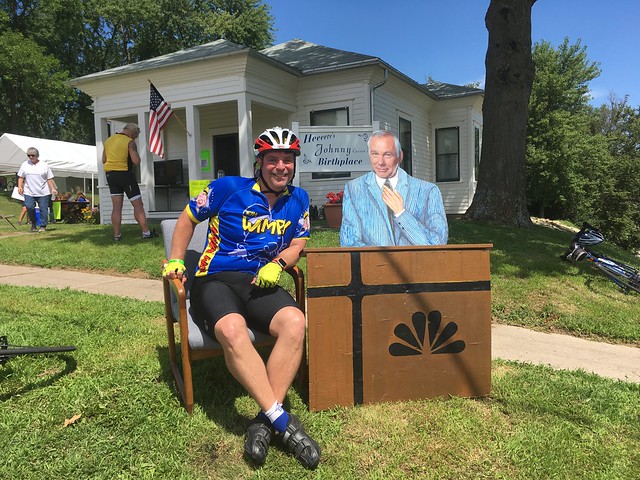 Supposedly Johnny Carson was born in Corning, Iowa and lived in this house. By this time I had already consumed three beers and was ready to believe anything.

Simple Green Was Simply Great
Last night I poured some Simple Green in to a glass and submerged the part of my bike jersey with the hardened, stuck-on goop into it. This morning I pulled the jersey from the glass, and the goop was goopy and was easily cleanly pulled from the jersey using a paper towel! Simple green saved both of the garments that I feared were destroyed. My hero!

Two Gallon Bags Are Just Right
One of the improvements I will be making on this trip is packing my cycling clothes. It occurred to me too late to get some zip-lock bags and pack a day’s worth of cycling clothes in each. By doing this I’d guarantee that each day’s kit would be readily available and dry. And, if a kit doesn’t completely dry before the next day I can shove it back into its bag to make sure it doesn’t get anything else damp.

It turns out that a two-gallon bag is nearly the perfect size for a cycling kit. And now I have five such bags ready for my journey.

Plywood Presents
Tonight starts Plywood Presents, the inexplicably convention that I’ve been attending the past few years. In fact, this will be my third year in attendance.

As it was last year this year’s event will be held at the Tabernacle. The first session starts at 6:00pm tonight, and tomorrow’s sessions run all day.

I’m looking forward to attending again because much like the Creative Mornings (Atlanta) events I go to occasionally the attendees are very different from the people with whom I normally spend time.

Okay, my hour is nearly up. Have a great day friends!