I was having a pretty good day yesterday. After spending a long time in Danville, Vermont, where the group gathered for a picnic lunch, we headed out in a ten-mile decline stretch of rail-to-trail. It was a blast.

Through Portland, Vermont we wound our way to a three-mile stretch of hard-pack dirt and some gravel. Still pedaling well I powers over this stretch. At this point we were on mile 51 of the ride. As soon as I returned to asphalt I knew there was a problem, my rear tire was mushy. I stopped, and felt that I was able to press the tire half way. DANGEN! With no support nearby, and me without a way to do a tube change because this isn’t my gear, I slow-rolled a couple of miles before stopping to wait for support.

In all I lost about fifteen minutes waiting for someone to show, and then to change the rear tube. 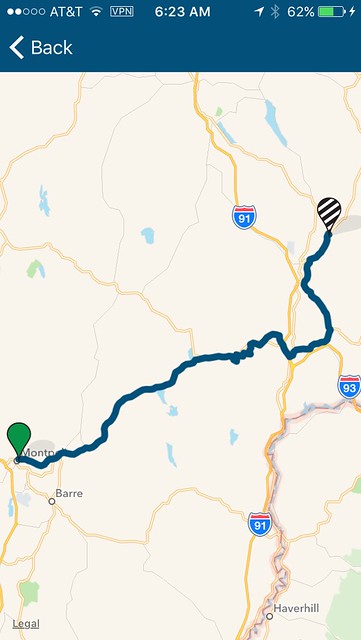 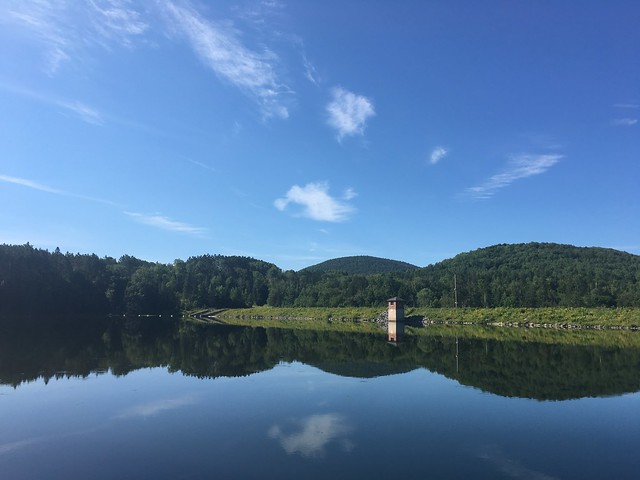 This was a stopping point during yesterday’s route. I have no idea where we were. 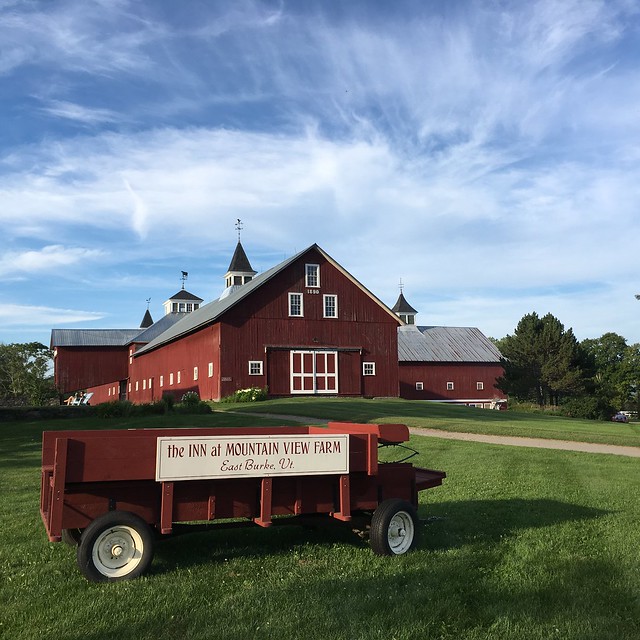 This was our overnight stay last night. It was as quaint as you would imagine.

Feeling A Little Ill
Woke up this morning with a bit of a hangover. We stopped into a bar after the ride, and then had a beer tasting followed by a meal of food/beer pairings.

More concerning to me is the feeling that I have a cold coming on. I’m tire, have a bit of a sore throat, and a runny nose. This feels much like what happened to m in Germany. I don’t think my body appreciates the clean air…

5 Responses to My Richie Porte Moment