Ugh, yesterday’s ride was made more challenging thanks to what appears to be a cold. I went to bed feeling slightly better, but as soon as I awoke this morning the runny nose and sneezing began. I am going to try and ride today, what we are told is another difficult day of climbing. We’ll see how this goes… 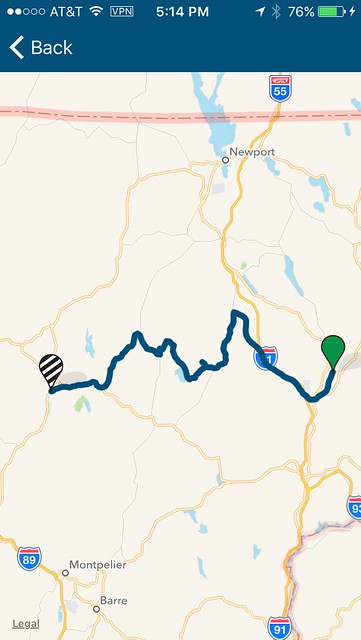 ~60 miles, with another couple harrowing hard-pack gravely roads; thankfully I didn’t get any more flats. There was a 74-mile option, but that came after a second brewery stop and added an additional 1000′ of climbing, so I passed. I think there must have been some prize money on the line yesterday because most of the group hammered after lunch and I rode the last twenty-five miles alone.

We spent the night at the von Trapp resort, yes the same von Trapps from “The Sound Of Music”, in Stowe, Vermont. The brewery tour guide claims lineage to Maria and Baron von Trapp. Sadly, no one here these days speaks German so I couldn’t practice.

ITP Flickr Pic
The scenery yesterday was nice, but nothing worth stopping to shoot on a day in which I was feeling so lousy. 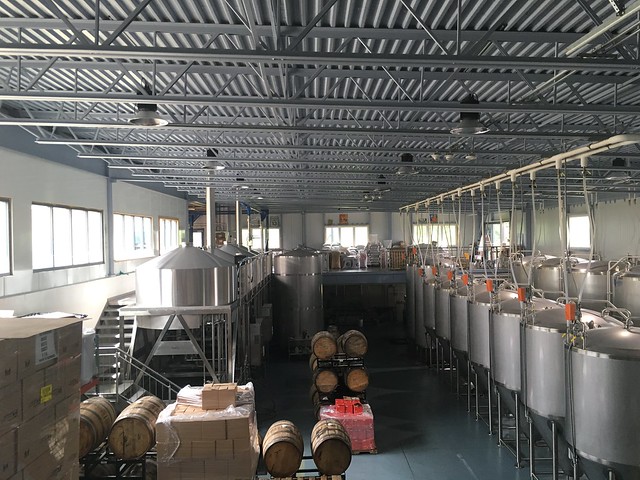 Wednesdays are “release days” for the brewery and when we arrived there were already over twenty people with empty growlers in line. The brewery’s beer is good, but to me it wasn’t wait in line good.

I Am Seeing The End
My legs are nearly spent and I am struggling with this cold/allergy. I am almost looking forward to the end of the tour. Though shorter in mileage and one day shorter, the climbs on this ride have made this much harder than RAGBRAI.

Today we ride from Stowe back to Burlington through Smuggler’s Notch.

Tomorrow we are to take a ferry to New York, ride along Lake Champlain on the New York side, and then ferry over to Charlotte where Sojourn’s headquarters is. From there I would get shuttled back to Burlington. I mention tomorrow’s plan because there is also an 80% chance of thunderstorms in Burlington tomorrow, so there is a good chance that I might decide to sleep in and stay in Burlington instead, especially if I have not kicked what started to ail me yesterday. We’ll see how that goes…

5 Responses to Struggling Along