Returning To A “Normal” Life

It’s a lot harder to write a daily blog when you are not traipsing around on a bicycle going places to which you’ve never gone before, taking photos along the way. Speaking of bicycles, I was supposed to be on mine (if for no other reason than to determine its current health) at the time I write this blog post however a late night turned into a late morning and I failed to convince myself to get out of bed.

A Day In Chamblee
I made it out of the house yesterday by lunch time so that I could eat at Pollo NorteÃ±o while doing my loads of laundry. By the time I returned home I was beat and took a short nap prior to putting away my now-clean clothes.

I considered making a grocery store stop on my return trip, but decided that I should continue to eat the contents of my pantry until I’m left with only random bits and bobs from which I cannot make a meal.

A Night In The ‘Hood
Last night was the first night I’ve been out in EAV in quite some time. Not much has changed, both for good and bad, and I had a good time.

On a slow Monday night it’s easy to find street parking. Whew! I’m still trying to keep the M6 ding free (conveniently ignoring the damage I inflicted upon it in February), so I like getting a street spot when I see shows at The EARL.

With time to spare I wandered around the village a little, checking out the spots that have changed since I last did so. Since I’d already eaten dinner and am trying to be a little cognizant of the money I’m spending, I stopped into Argosy for one beer prior to the show. While at the show I also allowed myself just one beer, would you believer, a Miller High Life in a bottle.

The show was solid. I missed the first of the two opening acts, but caught Victor St. Baloo’s set, which I enjoyed quite a bit.

Kyle Craft and his band took the stage around 11pm (?), which is no problem on a Monday night when you are on sabbatical. The band, six strong, played songs from Craft’s first solo album, “Eye of the Hurricane”, which was released earlier this year. Craft followed the band’s set with three acoustic songs as his encore, ending with his rendition of Lou Reed’s “Take A Walk On The Wild Side”. 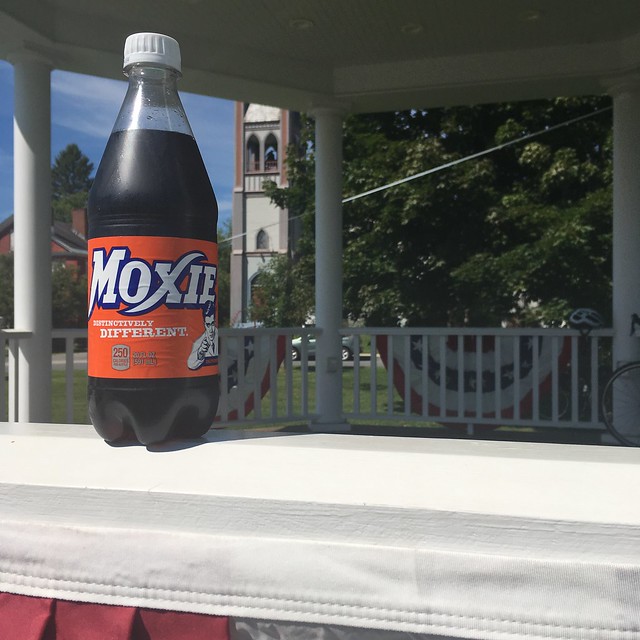 Moxie is a soda company that has been in New Hampshire since before 1900. These days it’s owned by a MegaCorp (what company isn’t?), the Coca-Cola Bottling Company of Northern New England in this instance. To my taste buds Moxie has a “Coke + root beer” flavor to it, but what do my tastebuds know? 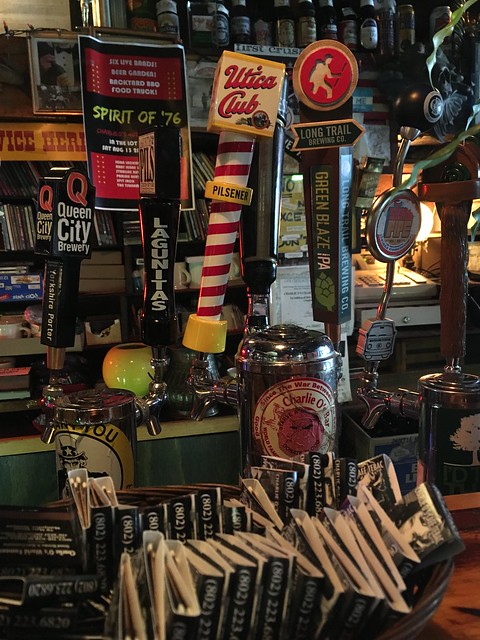 After one of the hardest days of riding, Middlebury -> Montpelier via the App Gap, my roommate Bob and I stopped into to the biggest dive bar in Montpelier, Charlie O’s. It was worth buying an $8 bike lock to get the experience of Charlie O’s. Charlie O’s was a dark, empty at 2pm, cash only, pay as you drink, dive bar tended by a pretty young woman named Alena who showed me where her Vermont hometown was on the tattoo of the state that she had on her forearm (what 25-49 year-old doesn’t have at least one tattoo these days?).

Given the matches on the bar I asked if smoking was allowed in bars in Vermont. Alena looked at me as if I were a crazy fool, since I was dressed in a bicycle kit at 2pm on a Monday I understood her position, and answered “No”. I may have blew her Socialist mind when I told her that it was still legal in Georgia.

What Are We Going To Do Today Brain?
In addition to studying German in preparation for tonight’s class, as well as some computer-science shit in preparation for the rest of my life, I think that I will try to make it to High Museum of Art to see some of the exhibits that have escaped my eyes thus far.

14 Responses to Returning To A “Normal” Life