I had to put gas into the M6 yesterday. The QT on Briarcliff at Clifton was charging $2.25/gallon yesterday. Ouch.

Warning: this is going to be a piecemeal post as I started writing it last night (and fell asleep a while doing so) and am finishing it in the scant time that I have before this morning’s two activities.

A Fun Evening
The concert was held at 1845 Piedmont, the mixed-used development that took down Taco Canana. Once I discovered that street parking was available I made sure to get there early, early enough to eat dinner beforehand.

I parked on the street and walked to Fat Matt’s, which at 6:30pm was crowded and annoyingly slow. Since sitting outside appeared to be my only option, and in case you didn’t know it as rather hot yesterday afternoon, I turned around and went elsewhere. My decision gave me the opportunity to try Grindhouse Burgers for the first time.

I have heard many good things about Grindhouse and my experience last night did little to convince me that these opinions were wrong. I had a junior Dixie burger, with fries and Coke, and tried their fried pickles as well. Though a little pricey when summed, what restaurant meal isn’t these days, there was more food than I cared to eat and each thing I ate pleased me.

Once satiated I ambled across Piedmont to go to the show.

Not so fast my friends… I actually wandered around the Sprouts market first. Think “mini-Whole Foods”, or “slightly-smaller Trader Joe’s”. If I lived within walking distance I would shop there.

The concert, sponsored by Miller, was held in the sky lounge of the apartment building. see the photos below. The evening was filled with music performed by three different musicians, each of which played good music, though none of which floored me. Overall the evening was enjoyable and I would do it again. 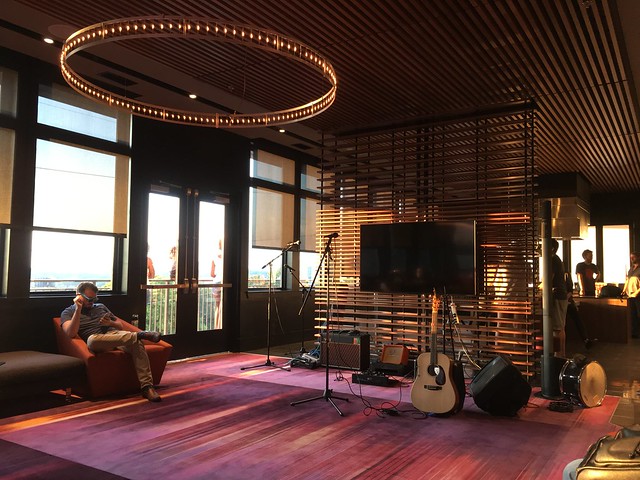 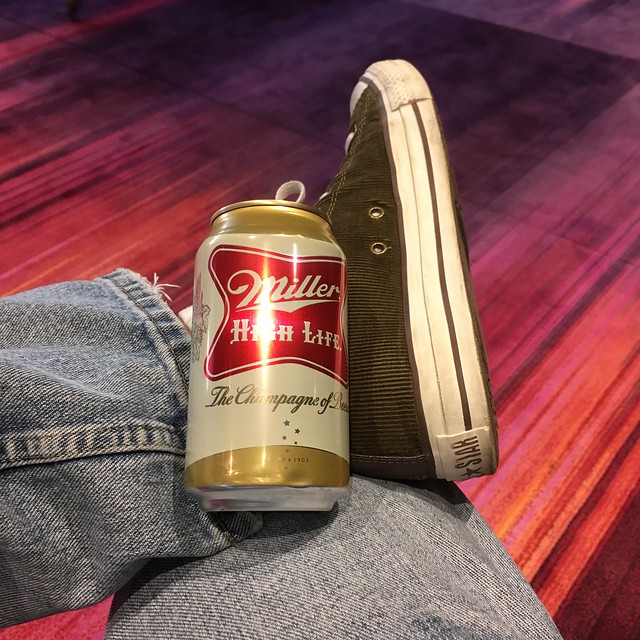 I am an olde man hipster wannabe.

Seriously Busy Day
Appointment #1 complete! This morning I attended a German breakfast which turned out to be a wonderful one-on-one practice session. Apparently there were only two of us who signed up for this session, and I was the only one who bothered to show up.

I am currently sitting in Woodruff Arts Center awaiting the start of Creative Morning Atlanta.

At lunch I hope to once again meet former coworkers for lunch. I was supposed to do laundry today to, but failed to get my stuff together before having to leave the house this morning.

And finally I will be going to happy hour this afternoon up in the Perimeter Mall area, specifically at Brass Tap.

More Busyness
Tomorrow I will be doing a bike ride early in the morning. I hope to use the new weed whacker that I plan to buy sometime today (I mowed the lawn yesterday and remembered that my old current weed whacker died the last time I used it.) Later in the afternoon I will be heading over to Grant Park for the Summer Shade Festival.

On Sunday I hope to meet up with ITP-Reader Steve for another bike ride.