Home Again, For A Day

Back from Colorado, for today, because tomorrow I will be driving to North Carolina. I have made unemployment such a busy time.

A Long Day Of Travel
The GreenRide bus arrived at the house at 9:35am Mountain. We shuttled from the house to a park-and-ride where I got into a larger bus that took twenty of us to Denver International Airport. Overall the service was well worth the $49 ($44 fare, $5 tip) that I paid.

By the time I turned in my bag and got through security (still loving TSA PreCheck) I had plenty of time to load up with a pre-flight meal. You can now shake your head at me as I admit that I pigged out on Panda Express.

We took off around 1:15pm Mountain. The best was I can describe yesterday’s flight is “uneventful”. My choice to pay extra for Delta’s ComfortPlus was again a good move, and I consumed one bottle of lousy merlot on the flight. We landed around 5:45pm Eastern.

From the airport I MARTA’d to Edgewood/Candler Park. Initially I was going to Uber home, but had difficulties getting a car. I then turned to the Lyft app, and somehow managed to send the car toward the ITP Estate instead of the MARTA station; I cancelled the ride as quickly as I could. I returned to Uber’s app and had a car within two minutes; the three-mile ride cost me $6.75.

Last night I caught up on Apple’s iPhone event, made a batch of basmati rice for dinner, leafed through the held mail, and spoke on the phone. I have no idea at what time I finally fell asleep. 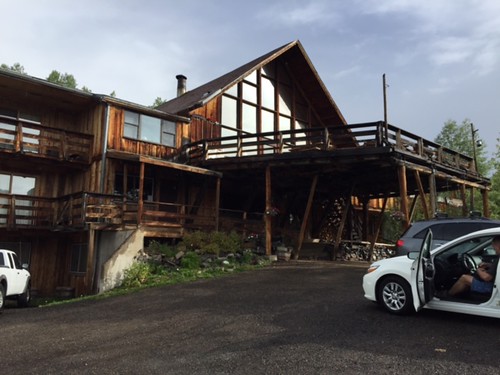 Here is another of ITP-Reader Barb’s photos. This is the lodge in which the hash was held. Also included is Allan as he waits for us to get into the car. 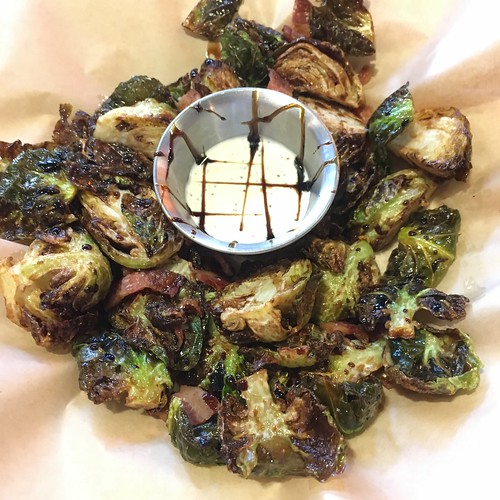 I mentioned the fried Brussels Sprouts I ordered at Mainline in Fort Collins. The balsamic vinegar was a bit overkill for me, but everything else about them was delicious.

Big Day Today
Today I am going to the movies for the first time in many years. I’ve heard good things about “Hell or High Water” and will be seeing it today at Atlantic Station.

At some time this afternoon I will drive over to Warby Parker in the westside to pick up the replacement glasses that have been delivered there as requested.

I have many options for entertainment tonight — the NFL season starts, there are two different iOS developer meet ups, and Car Seat Headrest is playing at Terminal West. Initially I was going to watch tonight’s NFL game at Elliott Street Pub, but the person with whom I was going to watch has too much going on. So, my evening is now unplanned. Of course, I could always stay at home and sleep given that I am going to be on the road early tomorrow to avoid Atlanta’s and Charlotte’s rush hours on my drive to Raleigh.

7 Responses to Home Again, For A Day