Doing Things I Normally Don’t Do

I am watching the Tour of Britain, after it has already concluded! I normally do not watch recorded sporting events but with no idea of who won (no spoilers!), a curiosity about the event, and the ability to stream each stage to my iPad thanks to the NBC Gold app, I am doing so. 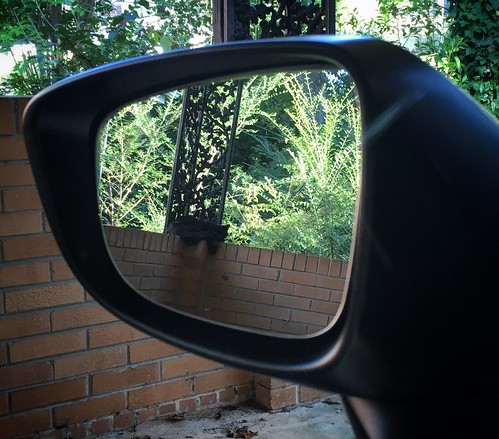 Pictured in my side mirror is the neighborhood feral cat sleeping in my carport. She has been around for years, and for the first time yesterday did not run away went I went out to the car.

Domesticated Me
Today I need to catch up on the many day-to-day tasks that I’ve been ignoring — laundry, grocery shopping, etc. FUN! I’ve already eaten a large breakfast, as I mentioned above, so I may wait until early afternoon before doing laundry so that I can eat lunch, assuming I schlep my clothes up to the lavanderia on Buford Highway.

Tonight I will be returning to Terminal West for the Okkervil River show.

7 Responses to Doing Things I Normally Don’t Do