Trying To Be Positive

I know, it’s not my style to be positive. However, nothing else is working so I figure that I should try this.

I have a lot of questions to answer, many of which I am not willing to share with the internet. I am also awaiting some news about my mother who is having some difficulty at the moment.

Dripping Again
I noticed that a bathroom sink to which I shut off the water to a couple of years ago — long story involving a loss of water pressure and the rusting of the drain — had a few drops of water in it again. Huh? I’m not sure if the colder temperatures in the house have allowed the water to get past the cutoff valve, unlikely (?), or if the valve is giving out.

Regardless, if I want to consider staying in the house then I should get this bathroom, along with the one directly below it, completely renovated including all of the plumbing. Of course these bathrooms are on the other side of the house from the longer-issue plumbing issue that exists in the kitchen / utility room. It would be nice to have a closer-to-normal living space again. 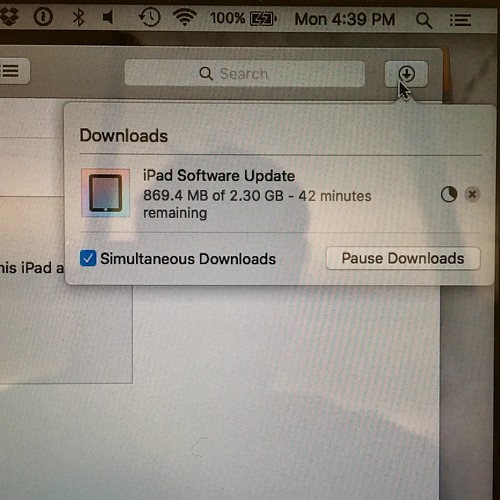 I stopped into the Chamblee Public Library yesterday for awhile. I needed to get away from it all and attempted to delve into some iOS development work to try to wash away the saddening thoughts that have been circulating in my mind this last week. It worked somewhat.

While in the library I connected my iOS devices to iTunes and apparently each one needed to get a re-download of iOS 10.1.1. Boy Howdy it took some time to download these. Good thing the library was open until 8pm as I was there until past 6pm.

It Was Cleansing Day
I did laundry yesterday at my favorite lavanderia and then afterward drove down to the quickie car wash on Buford Highway / North Druid Hills. For $10 the M6 got a half-decent car washing. No automated wash will do better than my hand washing, but I didn’t have the time nor desire to wash the M6 myself yesterday. It’s a shame I couldn’t have also cleansed my soul because that would have been awesome.

9 Responses to Trying To Be Positive