I also need to try to install the new light switch that I bought yesterday so that I have light for the shower that I’ve not yet taken.

My Workouts Are Kicking My Legs
I don’t know if I’ve just developed circulation issues or what, but after yesterday’s hour on a stationary bike my legs are trashed. True, I have been pushing myself as hard as I can during the hour but I just don’t think that my workouts have been that hard.

It may be in conjunction with my eyelid problem, which I will be addressing in January, but my vision hasn’t been up to par lately and this is after getting a positive checkup at my optometrist’s office just a few weeks ago… 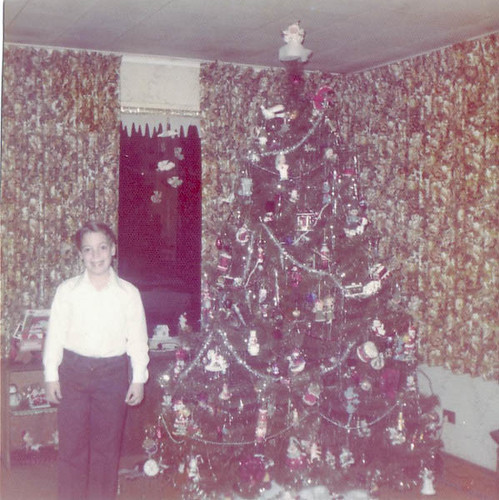 Ah yes, a young ITP before being ITP was even a glimmer in my degenerating eye…

Here we see young Paulie dressed up, a rarity in my life. I’m not exactly sure why I was dressed up this year, or exactly which year this photo was taken. All I know is that it was taken in my childhood house in New York during an era when it was more important to get the top of the Christmas tree in the photo than it was to get the person’s feet.

ITP Flickr Pic (Also From The Archives Since I Have Nothing New Today)
2014: “I Think She Captured My ‘Good’ Side” (Atlanta, Georgia, United States) 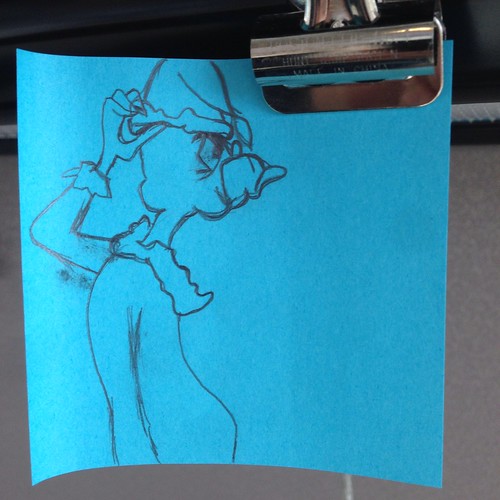 Not days after introducing “K” to “How The Grinch Stole Christmas” she presented me with this drawing. I think that she captured my persona and likeness rather well. I kinda miss having the young Ukrainian around…

Lazy Night
To continue the ‘L’ theme from yesterday, last night I did little more than lie on the couch and watch a couple of movies. First I watched Elf, which I conveniently own in my iTunes library. (mmmm, love me some Jovie…) I was all set to pay $9.99 to purchase and watch The Santa Clause when I decided to check to see if it was on Netflix. Sure enough it was, so I downloaded the Netflix app to my AppleTV and streamed it instead. I was a bit surprised to see that “The Santa Clause” came out in 1994; to me it doesn’t seem as if twenty-two years have passed since I saw it in the theater.