When next I write a blog post Christmas 2016 will be in the history books. I’ve tried hard to get into the spirit, but must admit to being a failure.

I am certainly looking forward to seeing “A Christmas Carol” tonight again at Shakespeare Tavern, one of my favorite traditions. I only wish I were at the weight I was in September so that I could fit into my “nicer” clothes; too many meals, not enough exercise, since then.

It Was A Night
I drove into downtown with anticipation of seeing Tom Key’s one-man performance of Truman Capote’s “A Christmas Memory” at Theatrical Outfit.

Before the show I walked over to Park Bar, which is across the street from Centennial Park. In fact, had I more time I would have crossed the street and taken photos in what appears to the park’s Christmas display; it looked lovely. At Park Bar I had a few brews from Creature Comforts and a perfectly-cooked (to medium) hamburger.

From the bar I meandered back to Theatrical Outfit where I saw a good show, but just not the one I imagined. “A Christmas Memory” was more of an animated reading of the story by Key and not an in-character play. I suppose this makes sense, but for what I paid for my ticket I was expecting more; I suppose I should be happy that I know that my money may go toward keeping the theatre solvent…

One good thing that occurred was that parking was “only” $5 last night since there were no other “Special” events going on downtown last night. 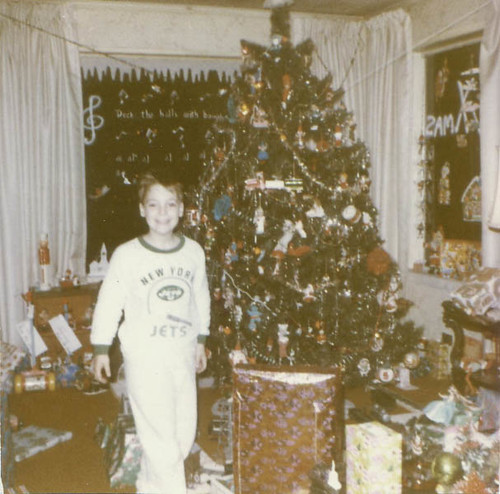 If there were ever any doubts to my allegiance to the New York Jets let them be cast out now. Here I am, aged 9, on Christmas Day 1974. Apparently I wasn’t always miserable either. And I always thought that I was a fat child. Huh.

Speaking of the Jets, I could have scored a new Jets baseball cap at Ross the other day, but I don’t need another baseball cap especially a third (fourth?) hat for such a lousy team. At Ross I did score a new pair of dark blue Chucks (which will eventually replace the ones I am wearing these days) for $30, which is $20 cheaper than other places that sell Chucks. You’ll be happy to know that I passed on the electric orange pair that was also in my size. All other colors available at this Ross were not in my size. 🙁

ITP Flickr Pic
“As Festive As I Get” (Atlanta, Georgia, United States) 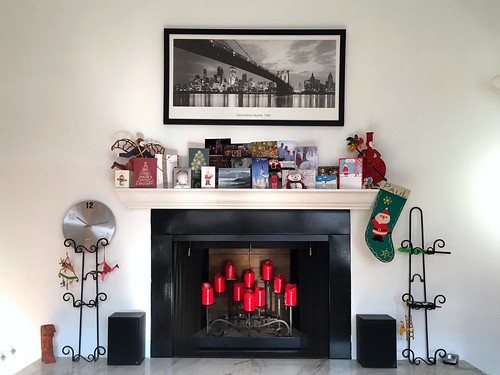 Since I am alone on Christmas, and have been for twenty-three of the past twenty-four years (stop, let that sink in; because it explains a lot about why I’ve turned into a bitter soul) I don’t decorate for Christmas. That one Christmas 2002, I had a girlfriend, and a real Christmas tree (and because I didn’t know the base leaked I nearly ruined a portion of the wood floors in the ITP Estate). This is as close as I get to decorating, although missing from this photo is the Snoopy “Happy Holidays” doormat that I brought up from the basement.

Check Another Movie Off My “Unseen” List
I should’ve known that Love Actually wouldn’t actually be uplifting, especially for a person in my mindset. I thought that it was good and I was glad to finally see this movie since so many people reference it. It must be nice to be (have been) one of life’s chosen ones (and I don’t mean the Jews).

Christmas Weekend Ahead!
As I mentioned at the start today tonight I will be headed to Shakespeare Tavern. But first I have to do a few things — swing by Goodwill to drop off some stuff, go to LA Fitness and get in a ride, and do some Swift development.

My belly is starting to grow like Tim Allen’s did in The Santa Clause, and my bank account is dropping as quickly as Jimmy Stewart’s did when everybody wants their money from his bank in It’s a Wonderful Life, so these are important chores today.

I hope to see many of you at bowling tomorrow (and cheese curds beforehand?).

And I hope that those of you who celebrate Christmas have a fantastic Christmas, and for those who don’t, a fantastic Sunday.