ITP-Writer Paulie: Spider Slayer
Well it happened again. There I was, minding my own business, walking into the kitchen, when I saw a fairly large spider on the floor. Fortunately for me I recognized it not to be a Black Widow spider, and this one seemed to be awakening from slumber much as I had been not ten minutes earlier, so I had ample time to grab a napkin and dispatch it.

I know. I know. I should be nice to spiders for they eat other insects. However, I have a strict policy that if you are not paying for a share of the mortgage, you can’t live in my house. Ass, gas, or grass, nobody rides for free! 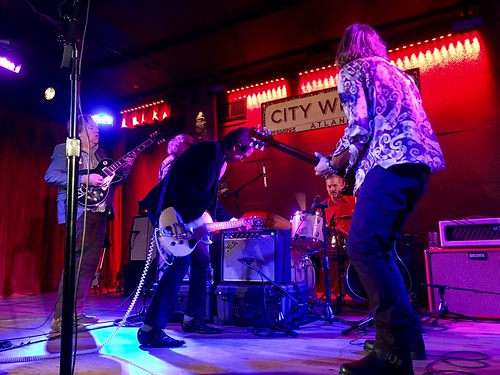 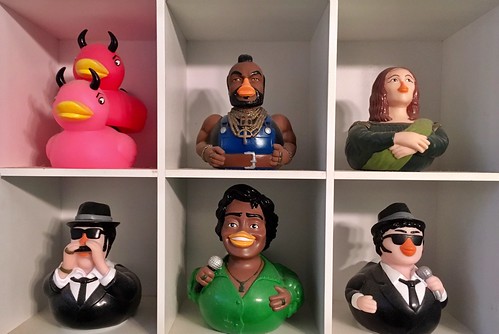 Why yes, ITP-Reader Stacy did. Stacy told me today is Nation Rubber Ducky Day and that I should take a photo of the ones I own. So I did, at least a photo of the seven that I could fit into one photo frame.

Keeping An Eye On My Eye
I’m hoping the chalazion is not returning. Really. Fucking. Hoping that it’s not…

A Good And Not So Good Experience
I’m a funny person, at least some people have told me that. But last night I was funny in a different way. I found fantastic parking, read “free”, and chose not to take it in fear that my car was going to be broken into. Lemme splain…

I told you that last night I was making my first trip to City Winery for a show. After looking at their menu online I chose to save a little money and eat across the street at Eats instead. I love the food at Eats, so why not? After pulling through, and then out of Eats’s parking lot I found a spot on the street that runs along side it; I believe the street is Lakeview. Score! However, after eating my plate of jerk chicken, green beans, and a sweet potato, I just couldn’t convince myself that keeping my car on the street was a good thing. So, I drove around and wound up paying $10 to park at Ponce City Market instead. I know, I’m strange, I mean funny.

The show at City Winery was fantastic except for two things:

Will I go back? Perhaps, for the right band at the right price. If I do, I know that I will be more selective in my seat choice.

Before the show City Winery projected upcoming shows, including one by Los Lobos in March. You may remember my sadness when Los Lobos had to pull out of playing at LEAF a few years ago. I’ve been listening to the band for nearly thirty-five years, and I’ve never seen them perform. I determined that this streak will continue when I saw that the cheapest seats for this show were going to be $60. Right band, wrong price.

17 Responses to Friday The Thirteenth