I routinely pack my schedule so full that I forget when I have things scheduled. I do this as a substitute for being in a relationship.

My whole weekend outlook changed when I realized that I had a ticket for a play at Theatrical Outfit on Saturday night. Gone was my plan to do strenuous yardwork Saturday for fear that I would be too sleepy to make the show. Perhaps I would have been better off if I had.

Even though I am currently not listed in the playbill as a supporter, and I am, I usually love the plays at Theatrical Outfit. Let’s just say that “The Dancing Hankerchief” wasn’t written for me.

“Thank you for supporting a musical with very few spoken words” said the man before the play began. Uh oh, I knew that I was in trouble. As I sat there wondering if there was an intermission, and if I would return to the theater if one existed, the play ended. I didn’t record the running time but my most generous guess would be that it was 75 minutes long, which was more than enough for me. I exited the theater at 8:45pm and it was still not dark outside; though not as jarring as leaving a bar or strip club when it’s still light outside, it was a weird feeling.

The evening wasn’t a total loss however, as I ate a good meal at Par Bar before going to the theater. I had a few beers with my “A Hot Mess” sandwich, exchanged a few jokes with a very good waitress, and used up my $21 rewards card in the process. I also learned that I a, not the target demographic for a band called “Ghost”, at least not going by the appearpance of those waiting in line to enter The Tabernacle. 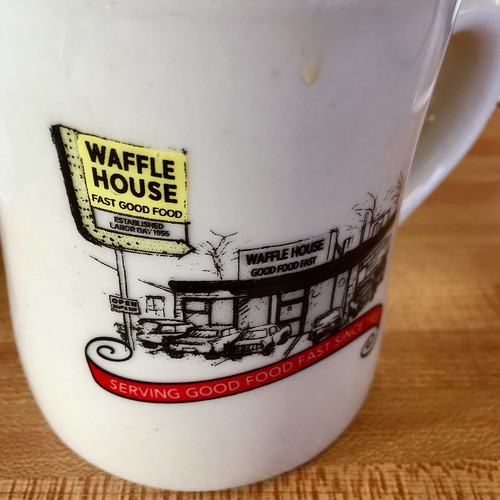 On Sunday morning I had to perform the errands I didn’t accomplish on Saturday, namely getting gas for the M6 and going to Lowe’s. Because I wanted to go to QT, the one on Lawrenceville Highway is the closest to the ITP Estate, I decided that I should stop into Waffle House on my way to Lowe’s in Edgewood Retail District. You know, if you start your Sunday at 7:00am you can get in and out of all three of these relatively quickly.

Earn My Meals
My goal starting today, since I failed this weekend, is to “earn my meals”. In an effort to reverse my weight-gaining trend I will be forcing myself to perform some exercise daily in order to justify the food I shove into my pie-hole. I have roughly two weeks before traveling to Europe and I would love to reduce my weight and increase my physical abilities a little before going there.

Tonight’s Calendar Event
After work I will be headed to Ponce City Market for “Bike Tech Nerd Meet Up & Networking” at Gerneral Assembly. I assumed my attendance to an event with such a title would be mandatory since I have interest in both topics, and am always looking for networking opportunities.

Here is the synopsis from the General Assembly website:

Overview: The changing technology landscape has transformed the way we interact and commute. Learn how to leverage these technologies and be part of something that makes a difference.
What Youâ€™ll Take Away: During this event, attendees learn about different bike technology in the marketplace and networking with like-minded technology professionals and bike enthusiasts!

Why It Matters: Awareness of all the cool Atlanta-based bike and technology companies who are growing and hiring!
Please note that we will be sharing this event with Hypepotamus and the Atlanta Cycling Festival.

All Dogs Go To Heaven
2017 has turned out to be a tough year for my friends with dogs. Yesterday another friend was lost, as the Raleigh Royalty had to put down Sugar. 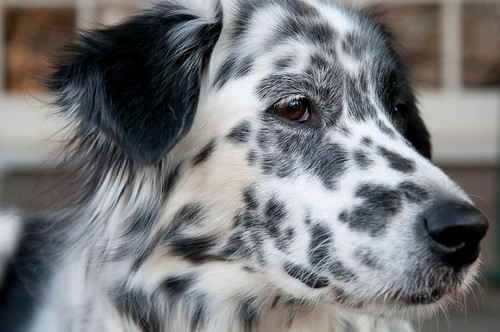 This was a shot I took of Sugar way back in 2009, but had never published until today.

Ny heartfelt condolences to all of my friends who have suffered loss this year.