I’m awake and writing this blog at 2:20am. I guess I’ve not correctly altered my body clock after all.

Shame Game
I have no problem admitting that on my return flight I re-watched the first season of “Sherlock” as I undertake the effort of rewatching all of the seasons I’ve watched before finally tackling the final episode.

My iPad ran out of video distractions about three hours outside of Atlanta, so I perused Delta’s seatback offerings and settled on Office Christmas Party. Yep. I considered watching The Founder instead, but I didn’t want to watch it on such a small screen. Starring Jason Bateman, Jennifer Anniston, and TJ Miller, I admit wanting to see “Office Christmas Party” in the theaters last Christmas and am thrilled that I didn’t waste $10 doing so. 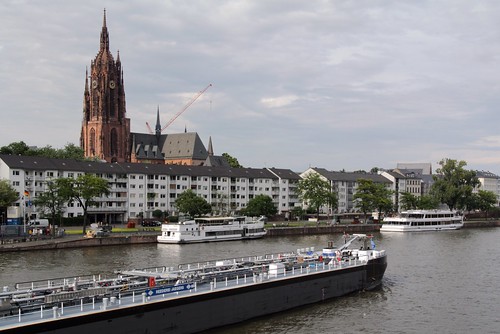 I saw Paulskirche (Paul’s Church) on my first trip to Frankfurt. This time I wanted to float the idea of changing the name to “Paulieskirche” but I figured it wouldn’t fly. 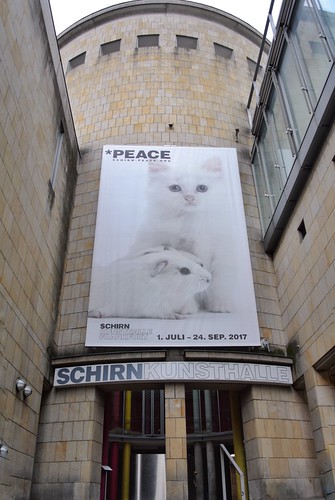 There is nothing really special about Schirn Kunsthalle (Schirn Art Gallery), but I just loved the photo for their exhibit.

WLB Does WOB
I had a pretty good day yesterday.

The morning started with breakfast at Home Grown, followed by a trip to Krobar to buy the ingredients for necessary for the vegetarian jambalaya for a Urban Explorers of Atlanta party I am attending on Saturday night.

As I mentioned in yesterday’s comments I drove up to the emissions test facility at Sage Hill Shopping Center only find out that the M6 didn’t need an emissions test this year after all. From there I drove to the Waschsalon in midtown to wash the clothes I brought with me to Germany. I guess that I was already feeling nostalgic for Germany because I then drove to Aldi where I picked up things like German sausages.

The rest of my pre-happy hour day was spent getting chores done around the house, including testing the ITP Estate’s A/C. As expected the A/C is weak, but is working well enough to combat this brutal heat and humidity.

I left the house again around 5:45pm to drive up to World of Beer. It was a good thing that I Googled World of Beer (whose website seems to be malfunctioning) because in my head I was thinking Georgia Beer Garden’s location on Edgewood instead of WOB’s on Peachtree between 6th and 7th. At World of Beer I had three pints and some pretzel pieces while hanging out with ITP-Readers Stacy and Barb, Allan, Alan, Amy (“69 RPM”), Steve (“Catatonic Colonic”) [thanks Stacy!]. It was a good time. We were done early, so I decided to go wild for dinner…

Out Of Practice
Since the morning I was nagged that I was unable at Krobar to buy the frozen vegetable mix I use for my jambalaya. On my way home I decided to go to the Ghetto Kroger (Kroghetto?) to see if they had it in stock. Why Ghetto Kroger and not Edgewood Retail District Kroger, which I would have to pass on my way home? Chinese food.

In the same shopping center as Ghetto Kroger is a Chinese take-away restaurant that I used to frequent after many a Black Sheep Hash. When I got home and unpacked my purchase last night I was stunned to see that I ordered egg drop, and not sweet and sour, soup. I’m so out of practice.

Of course I will not be getting practice in Chinese food ordering any time in the near future as I start my post-vacation weight loss program today.

Have a great Thursday.