It Does Me No Good To Leave Early Today

Tonight I will be going from “XYX Corp” to downtown to Theatrical Outfit for their performance of “Boy”. It does me no good to leave early, maybe I can use some of the later office time to do some German learning.

A Good Walk
Thanks again to ITP-Reader Steve for a three-mile walk at lunch yesterday. Unfortunately for me I was experiencing some painful physical issues, some of which you don’t want to know, and was slow. My afternoon of recover was incredibly painful to boot. Ah the joys of genetics deficiency!

With the exception of the amble that I will be taking to Vespucci where I’ll be meeting my fried Darren (not “Gentry”) for lunch I am giving myself the day off from walking. 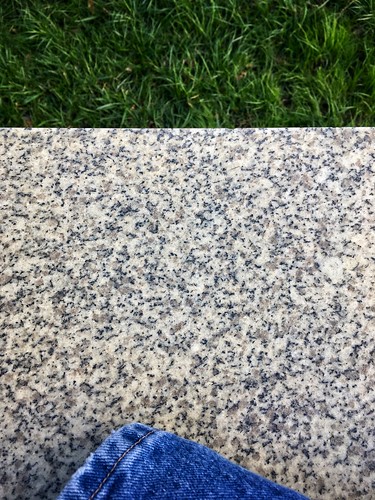 You know that I am notoriously early, right? With fifteen minutes to kill prior to our prearranged meeting time, I shot this outside the Federal Building.

Wanna Get Away?
I do, and I might at least for tomorrow.

Originally I was to go to the theater tomorrow night, but one of my favorite bands, Manchester Orchestra is playing tomorrow night, unfortunately at Tabernacle. I was considering going but now I see that it’s sold out. Oh well.

There will also be many people wandering about East Atlanta Village tomorrow night as the Project Pabst concert rolls into town, this time featuring Iggy Pop and Dinosaur Jr! Whoa, in my little old portion of the land inside the perimeter? Impressive. Hopefully the rain predicted for tomorrow evening will hold off until after the concert.

This will be a bookend weekend of theater for me because on Sunday night I will be once again seeing “Glengarry Glen Ross” at Pinch ‘n’ Ouch Theatre — this time as a one-man play!

And if I donâ€™t get away I will spend time gathering things to expel from the ITP Estate.

Happy Birthday ITP
On Sunday, October 8th, this blog turns fourteen! I started on October 8th, 2004 and because the way we count birthdays it will be number fourteen. Is that right? Hard to believe that one person could whine in public for that long, amirite?